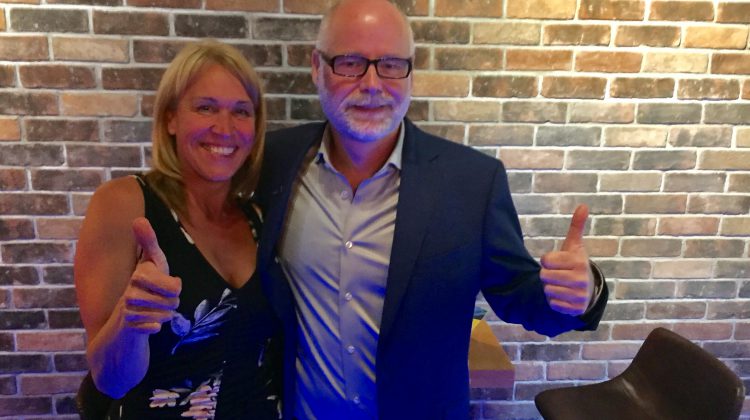 COMOX, B.C- The Town of Comox has a new mayor.

Russ Arnott has been elected, after serving two terms on town council. He received 2,715 votes. Tom Diamond , who had been running against Arnott, received 1,626 votes.

“Feeling elated,” Arnott said, standing outside a local pub where there was a celebration getting underway in his honour.

“We worked a really hard campaign, (my wife) Yolonda and I. We’ve been out talking to folks. We did this door-to-door. We were talking to people, we were engaging with them, and I think that really brought us into our homes, and I think the results showed for themselves.”

Arnott replaces Paul Ives, who served as Town of Comox mayor since December 2008 and previous to that, sat on council for six years.

Ives decided not to run for re-election.

Looking ahead, Arnott said he and the rest of council want to build on the vision set out by Ives.

“Mayor Ives has done a great job with council… and we’ve moved things along and moved the town forward,” Arnott said. “I think the next four years, we’re going to move those things (forward) even better with the new, younger council. We’re going to see some exciting changes and I think that’s going to benefit all of Comox.”

For council, the following candidates made it in. Vote counts are unofficial.