Man to seal himself in homemade biodome for climate change awareness 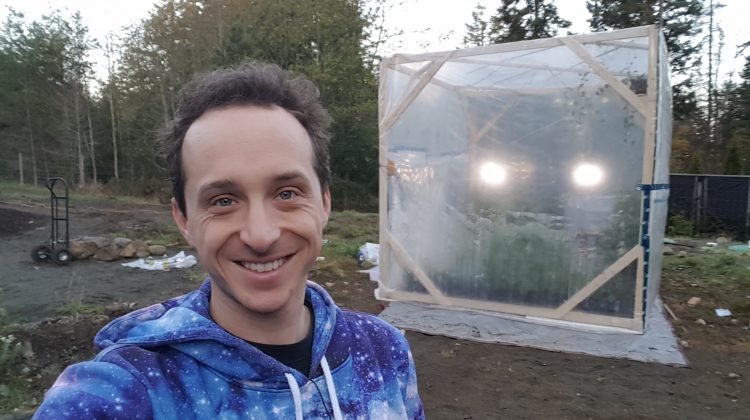 Kurtis Baute will seal himself in a greenhouse on his brother and sister-in-law's property. Photo courtesy of Kurtis Baute.

COURTENAY, B.C. – Have you ever wondered how long you could live in an air-tight container?

A Vancouver-based scientist will turn that thought into a reality this week.

The greenhouse will be located on his brother and sister-in-law’s property in Courtenay. It will be filled with about 200 plants, cameras and a hammock. It’s going to be a tough physical and mental test, but Baute said there’s much more to it.

“I’m going to be sealing myself in to try and see A – how long I can stay in there without putting any real risk to myself and B – I’m going to be making videos about our environment and about climate change for my YouTube channel,” Baute said.

“Climate change and other issues of pollutions are going to impact the world in really significant ways, and they are already doing that and people don’t seem to be as concerned as I think they should be. At least they don’t seem to be taking action.”

Baute said about two years ago, he built a small ecosystem with soil and plants, which played a part in inspiring him to take on this latest experiment.

“Over the last two years, I’ve been wondering ‘what if someone tried to make a jar that would fit a person? How big would that need be and what would that look like?’ and the more I thought of it, the more it was like wow, that would be a really great example of how the earth’s ecosystems work.”

Baute said he’s hoping to live stream some of his experiment, but will upload videos to his YouTube channel once he is out of the greenhouse.

More on Kurtis’ journey and past experiments can be found through his website.