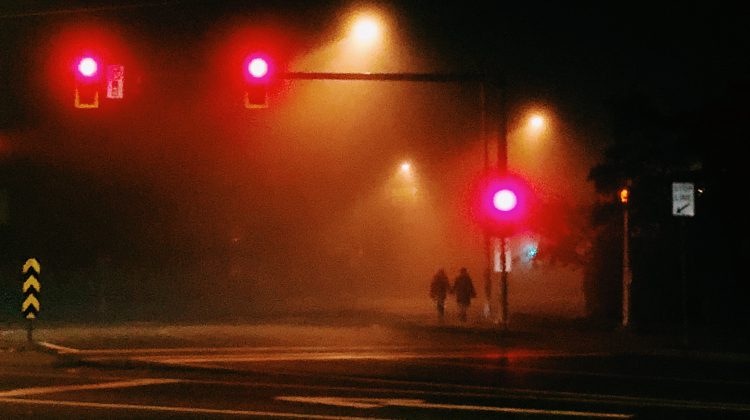 Two people walk towards the 17th Street Bridge in the fog in Courtenay on October 22nd, 2018. Photo by James Wood/98.9 The Goat/Vista Radio

According to an advisory from Enviroment Canada, communities along the Strait of Georgia and the west side of the island will have extensive fog, giving “near zero visibility”. The visibility is expected to improve late in the morning as low level winds increase and the fog dissipates.

“Visibility may be significantly and suddenly reduced to near zero,” read the advisory.

“If visibility is reduced while driving, turn on your lights and maintain a safe following distance.”