Rialto upgrades will remove more than half the seating, change the name 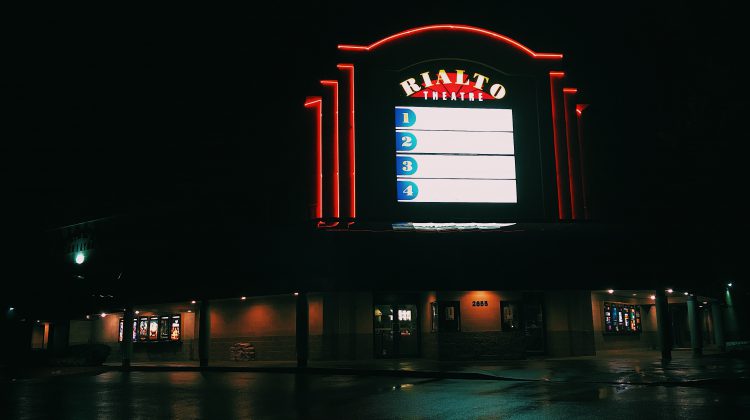 The Rialto Theatre is pictured in April of 2018. Photo by James Wood/98.9 The Goat/Vista Radio

COURTENAY, B.C- Major changes are coming to the Rialto Theatre.

On Friday, Landmark Cinemas announced that a long-awaited seating upgrade would be coming to the entirety of the theatre, changing out the current seats and replacing them with recliners. The company has been rolling out similar upgrades at theatres in their chain across the country.

Bill Walker, the CEO of Landmark, provided more information about what that upgrade will do to the theatre, including the removal of more than half of the existing seating and a change to the Rialto’s current sign.

Reached last Friday, Walker said it was fantastic to have the investment into Courtenay. He has spent four and a half years with the company, and said they knew they had been underserving the community.

While he didn’t disclose the exact cost of the upgrade, Walker said the company’s investment would be focused on where customers would feel the biggest impact.

“The majority of our investment goes into that in-theatre experience, what happens when you sit, what you feel what you touch, and how enjoyable the movie-going experience is, that’s where we focus our investment,” said Walker.

He indicated the real focus was the improvement of the seating.

In addition to the seating, there will be new paint on the inside of the theatre, new concession cabinets, refreshed lighting, new floor tiles, refreshed washrooms, and new carpets.

Changes to the outside are on the way as well.

“For the longest time, it’s been Landmark Cinemas, has been the owner, but ultimately its operator is the Rialto, so the part of this, this will have the Landmark Cinema’s brand on the outside, and carry that in.”

Walker indicated that Landmark has had classic theatre names for many of their locations, such as the Rialto.

“With all of our new stuff, we’ve been taking it and putting a consistent brand to all of those, so it will be a Landmark Cinemas location, which ultimately doesn’t change anything operationally, it’s just what name you put on the outside of the building,” said Walker.

“I’m sure for everyone in the community it’ll still be the Rialto Theatre, and we’re fine with that, frankly, but it’s just a consistency piece.”

He hoped to have the signage changed this year.

The existing seating will be reduced by 58 per cent as well, due to the increase in space taken up by the recliners. Walker said that the seating change will result in more sold-out theatres, with the biggest auditorium “shrunk dramatically” from what’s currently in place.

“On a Friday night at 7 p.m., for the three or four movies we have going, we’re often going to be sold out,” said Walker.

“But there is a few benefits, and honestly, the experience is worth planning around.”

Walker also expanded on the reasoning behind the reduction.

“The way the customer should think about that is that they now have that space, that space is given back to them, in that the aisles are that much wider, so that customers can actually get up and walk out of an aisle without disrupting all of the guests in the aisle,” said Walker.

“They’re no longer fighting over armrests. Each seat is configured in a love seat, where there is dedicated armrests on each side, for each different group of customers. There is no more fighting over an arm rest. All of that space, that reduced capacity, is given back to the customer for them to enjoy.”

He stressed that moviegoers would be able to buy tickets online, and reserve the new seats for free.

Construction began last week, and is scheduled to run until November 19th. The theatre will remain open during the renovation, and it’s expected that the first two renovated auditoriums will open by November 5th.

Additional renovations to the lobby and concession will be finished in January.