Electoral reform referendum coming to mailbox near you 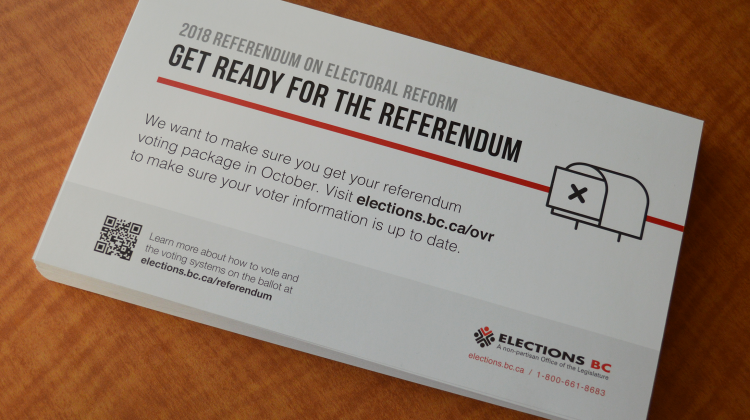 NORTH ISLAND, B.C. – A  voting referendum package on electoral reform could be landing in your mailbox sometime in the next few days.

However, rotating strikes among Canadian postal workers could put a kink in the mail-out schedule.

The Interior, Northern B.C., Richmond, Vancouver and Vancouver Island north of the Malahat will receive their voting packages in the first week of distribution (Oct. 22 to 29).

Greater Victoria and the rest of the Lower Mainland will receive their packages in the second week of distribution (Oct. 29 to Nov. 2).

Packages are scheduled to be delivered to Comox and Courtenay on Oct. 25, Campbell River, Sayward Port McNeill, and Port Hardy on Oct. 26, and Powell River on Oct. 29.

Elections BC must receive completed voting packages by 4:30 p.m. on Nov. 30 and a postmark is not acceptable.

Voters will be asked two questions on the referendum ballot.

The referendum will decide if British Columbia keeps the current First Past the Post voting system or adopts a proportional representation voting system.

If more than half the votes support First Past the Post on the first question, the voting system will stay the same.

If more than half the votes support proportional representation on the first question, the proportional system with the most support on the second question will be adopted.