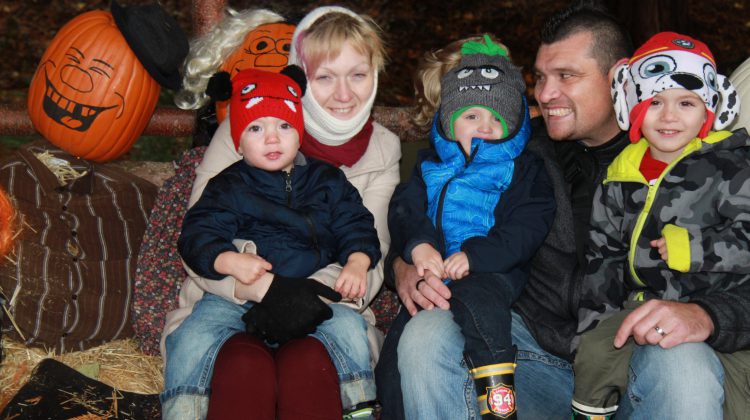 Julie Knox said clothes belonging to her and her family were lifted from a laundromat in the Comox Valley earlier this week.

Some of the items are irreplaceable. They once belonged to Knox’s mom, who died suddenly and unexpectedly about a year-and-a-half ago.

Knox walked the MyComoxNow.com newsroom through the timeline that led to the missing laundry.

“I was washing clothes and I put them in the dryers and then I had some stuff to do,” Knox said. “So then I went and did it.”

Knox wasn’t able to return to the laundromat by the time it closed.

When Knox returned the next morning to pick up the clothes, her laundry basket was there, but all of the items were missing.

They included all of her 14-year-old son’s clothes, almost all of her clothes, some of her husband’s clothes, and items belonging to her other three sons, including two four-year-olds and two-year-old.

“Part of it is my fault, I shouldn’t have left my clothes in the dryer there, but at the same time, people stealing things when there are kids’ clothes in there? It’s disgusting,” Knox said.

The laundromat’s employees told her they didn’t know what happened to the clothes, adding that there were no cameras in the building.

“Some of these clothes were my mom’s,” Knox said. “They weren’t cheap clothes. There were 10 Lulu Lemon hoodies, kids clothes… everything.”

She was told that clothes that have been left sitting for a long while are placed into a donation bin outside the laundromat.

She said, “I’ll jump in there and get them (the clothes) because everything that I wear is in there, and a bunch of my kids’ stuff, and shirt of my mom’s which was the last thing my mother gave (my son) before she unexpectedly passed away.”

The Spider-Man shirt means the world to Knox’s four-year-old son.

“My son just turned two when my mom passed away and he was very close with her, and he still talks about her all the time,” Knox said. “He’ll say,’Mommy, there’s Nanny in the clouds.’ He wears that shirt and he remembers that it was the last piece of clothing that she got him, and now it’s gone.”

The family has been using that laundromat for a while.

Due to the shortage of home rentals in the Comox Valley, they are currently living in a trailer, and with the stress caused from her mom’s sudden passing, Knox has been off work for a year-and-a-half.

“I’ve had the worst year of my entire life and this is just another thing that’s happened,” Knox said. “I’m like, ‘am I ever going to catch a break, ever?'”

The hardest part for Knox is losing her mom’s clothes.

“Some of my mom’s clothes were there that I kept because they were hers are gone,” Knox said.

They worked together and Knox said her mom was her best friend.

“Some of those clothes we bought together and it brought back memories that I wanted to keep,” Knox said. “Every single thing is gone.”

Knox said the thieves could be anyone, and wasn’t pointing a finger at addicts or homeless people.

“Some people can’t afford stuff and they see it and just take it,” she said.

She added,  “I really want to make it clear in no way do I blame anyone. I should have stayed there.”