Applications open for Daughters of the Vote 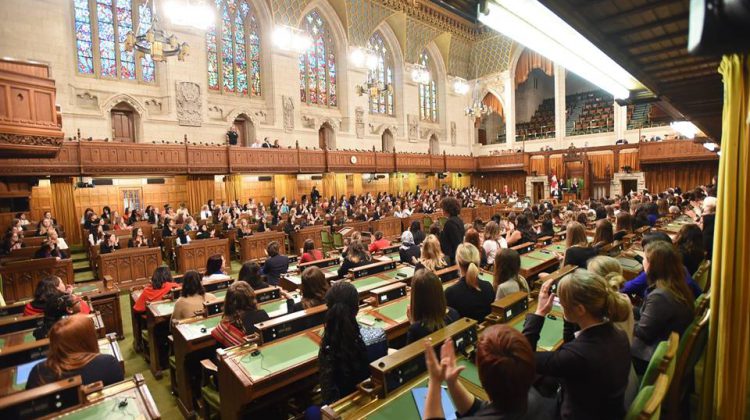 PHOTO: Equal Voice is running the Daughters of the Vote initiative for the second time. One woman from each federal riding across Canada will spend three-days on Parliament Hill learning about politics. Photo: Facebook.

OTTAWA, ON- Equal Voice is looking for 338 young women to take over Parliament Hill. Daughters of the Vote is running for the second time in April 2019. Each federal riding across the country will be represented by a woman between the ages of 18 and 23. Applications are now open. The deadline is set for November 22.

Spokesperson Nancy Peckford says the delegates will hear from elected officials and party leaders. She says they will also get a chance to meet their own MPs and hear from other organizations, including the private sector partners who make Daughters of the Vote possible.

Peckford says the three-day program provides a political orientation like none other. The purpose is to get more women involved in politics. Women make up just over a quarter of the House of Commons.

Peckford says it’s a great way to understand both leadership and how you can get involved in the political process to advance some of the concerns you may have in your own community as a young woman.

Most of the costs to participate in the program are covered thanks to partnerships. Peckford says its important to make it barrier free.

For more information or to apply, click here. http://www.daughtersofthevote.ca/