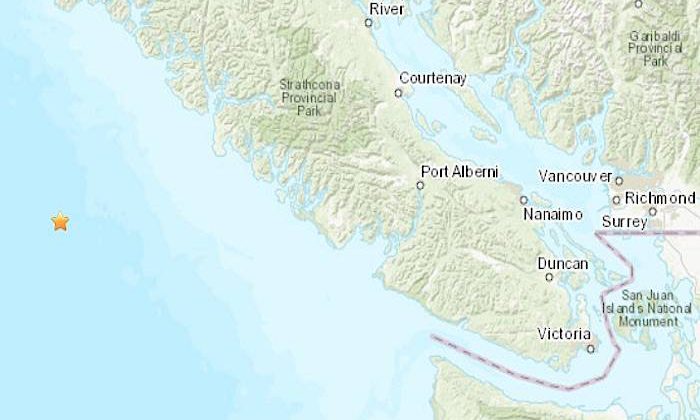 A map of the quake's zone, courtesy the U.S. Geological Survey.

VANCOUVER ISLAND, B.C. – An earthquake was reported shortly after midnight on Monday.

The quake happened about 144 kilometres west of Tofino, and was listed at a magnitude of 4.0

The report comes one week after the United States Geological Survey (USGS) listed four quakes west of the island.

Those shakes ranged from magnitudes of 6.8 to 6.5. They took place close to each other, between 223 and 197 kilometres southwest of Port Hardy.

No major damage was caused, and no tsunami warnings were issued.

This was also the case with this morning’s earthquake.

That was recorded at a magnitude of 7.8, and was the second largest Canadian earthquake ever recorded by a seismometer.