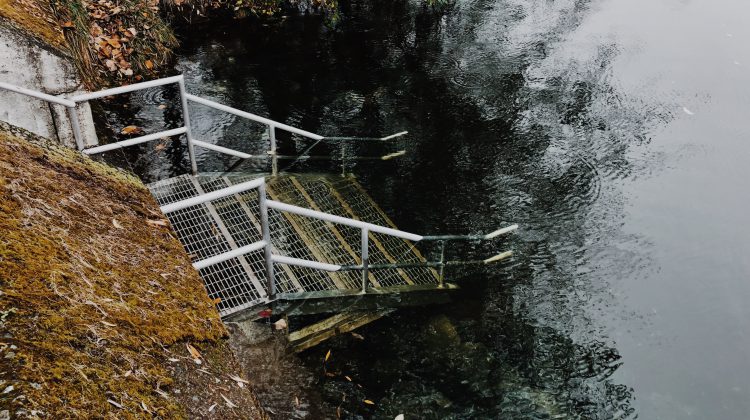 The new river access stairs at Lewis Park are pictured on October 31st, 2018. Photo by James Wood/98.9 The Goat/Vista Radio

COURTENAY, B.C- A popular river access in the Comox Valley has gotten an upgrade.

A new set of stairs has been placed at the north river access in Lewis Park, which is routinely used during the summer by river tubers as an exit point.

The aluminum stairs replaced the older set of concrete steps.

The south access point has also been upgraded with a new aluminum platform, though no stairs have been installed. According to the City of Courtenay, stairs are planned to be added in 2019 before the main swimming season.

“Crews will need to open up a section of railing for the stairs,” read the city’s statement.

“In the meantime, the new stairs at the north end of the park provide much improved access to the river from the old stairs.”

The planned stairs at the south access will be extended as far down as possible, according to the city, and rip rap was placed in the area to protect the riverbank from erosion. 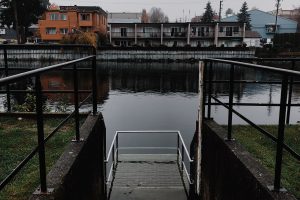 The south river access at Lewis Park is pictured on October 31st, 2018. Photo by James Wood/98.9 The Goat/Vista Radio

“Staff will need to watch the winter water flows to determine if there is any scouring effects over the winter that impact the area,” read the statement.

The old concrete stairs had reached the end of their lifespan.