House on Fitzgerald scares up over $200 for Comox Valley SPCA 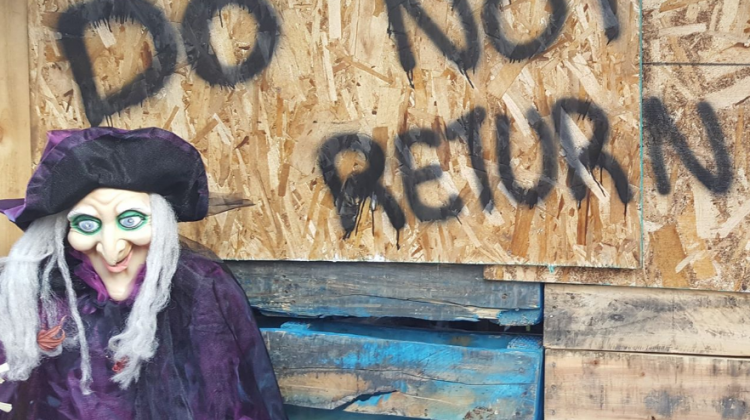 COURTENAY, B.C. – The House on Fitzgerald was a hit during Halloween week.

Shane Bone, Amy Powell and their kids transformed their home into a haunted house in support of the Comox Valley SCPA.

The House was open Oct. 29 to 31 with all proceeds from admission going the SPCA, a cause near to the hearts of a family that has a house-full of pets.

Tickets to enter the House at 2065 Fitzgerald Avenue were $2 per person, and $5 per family, with partial proceeds going to the SPCA.

Powell said just over 250 people came through, helping to raise in excess of $200 for the local animal welfare organization.

“Our kids will be delivering it (the funds raised) to the SPCA tomorrow,” Powell told the MyComoxValleyNow.com newsroom.

This is the first of what the family hopes will be many years of scaring up donations to help stray, orphaned, and unwanted animals in the Comox Valley.

“Not bad for our first year,” Powell said. “Next year we will be to running for a full week before Halloween.”

She added, “We had a few kids that wouldn’t go in and a few that got halfway through and wanted out But it was a hit and we look forward to doing it all again next year.”