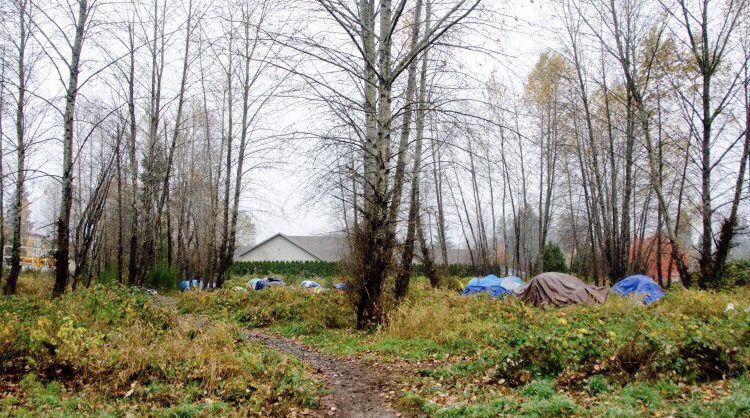 COURTENAY, B.C- Campers on the future site of a supportive housing complex in Courtenay will be getting help to find new places to stay.

A 46-unit supportive housing complex has been approved by Courtenay’s municipal government, on land at the intersection of 8th Street and Menzies Avenue, adjacent to the city’s work yard.

The province and BC Housing are working with the city government on the project, while the area’s John Howard Society chapter will operate the facility and provide services.

Earlier this week, the provincial Ministry of Municipal Affairs and Housing told the MyComoxValleyNow.com newsroom that excavation work was underway, with previous statements indicating that work was supposed to have started in September.

However, on Wednesday, there did not appear to be any excavation work currently happening at the site. The land in question is not being used, though a number of homeless Valley residents are camped there.

After the newsroom reached out to the ministry about the campers and apparent lack of construction activity, the ministry said that outreach workers have been contacted to speak with the campers.

On Friday, the ministry indicated that outreach workers have “touched base” with the campers, and that there are nine campers on the land. Discussion is ongoing with BC Housing on how to help them.

The contractor for the build is still expecting to have modular units on site between the end of December and mid-January, with the complex getting ready for opening by the end of March.

Construction at the site is still slated to begin by mid-November.

The MyComoxValleyNow.com newsroom spoke with campers on Friday, who indicated that outreach workers had been by the site. The ministry said the workers are assessing the camper’s needs, and will transition them to shelter or housing before construction gets underway.