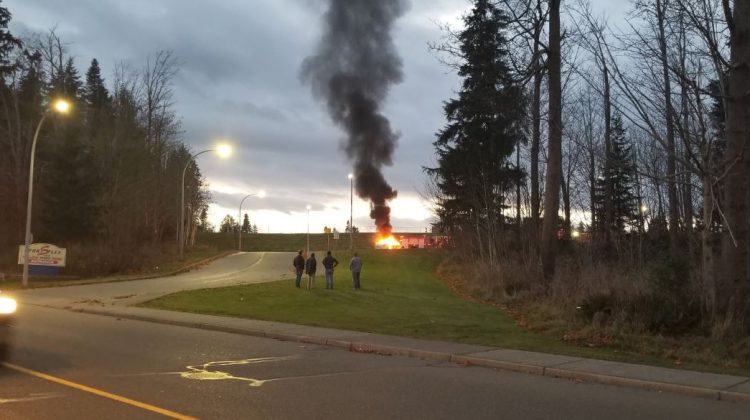 CAMPBELL RIVER, B.C. – It was a fiery scene at the Campbell River Sportsplex late Sunday afternoon.

The Campbell River Fire Department received calls about a fire in the Sportsplex’s parking lot just after 5 p.m. and when crews arrived, a Chrysler 300 was consumed by flames, according to fire chief Tom Doherty.

There were no other vehicles in close proximity of the fire, he added.

“Once we got there we had two trucks and a couple of hose lines on it right away, so it knocked down pretty quick,” Doherty said.

The owner of the car was not at the scene, according to the department’s fire report.

Doherty said the investigation will be based on where the fire originated: “We just look at a process of elimination, of ignition points and sources of what might have caused it (the fire) to occur.”

Smoke from the fire drew a crowd of onlookers.

“I believe there were a few people there in the parking lot observing,” Doherty said. “Once the smoke was visible, a lot of people came looking to see what was going on.”