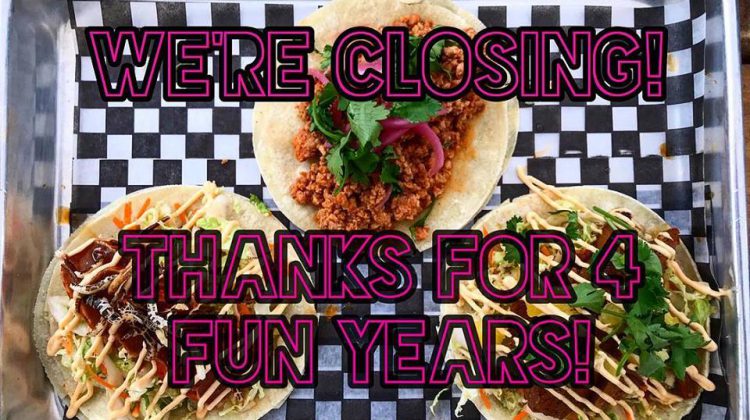 COURTENAY, B.C- A long-standing food option at Gladstone Brewing is shutting down this week.

According to a notice posted on Tuesday on the Taqueria Guerrilla Facebook page, the taco restaurant is shutting down this coming Saturday.

The operation had started up in May, after the former pizza restaurant that worked out of the brewery moved to a new location on 5th Street. That move came in conjunction with the closure of the Guerilla Food Company’s frozen food store-front.

“The Guerrilla Food Company has been involved with Gladstone since July 8, 2015,” read the statement.

“During this time we’ve had a lot of fun and growth, getting to provide you with Pizzeria Guerrilla and most recently, Taqueria Guerrilla. With the newly completed Pizzeria Guerrilla now open on 5th Street, we have decided to focus our energy into making it the best it can be. It’s not the easiest decision, as we have a strong connection to Imperial Square and love being part such a fun and busy environment that we’ve helped curate along side our friends at Gladstone. We’re excited to move into the next chapter of The Guerrilla Food Company, and hope you will come join us in saying goodbye.”

The final day of operations, according to the notice, will be this Saturday. The operation will shut down at 9 p.m.

The MyComoxValleyNow.com newsroom will be reaching out to the ownership of the shop to get further comment.