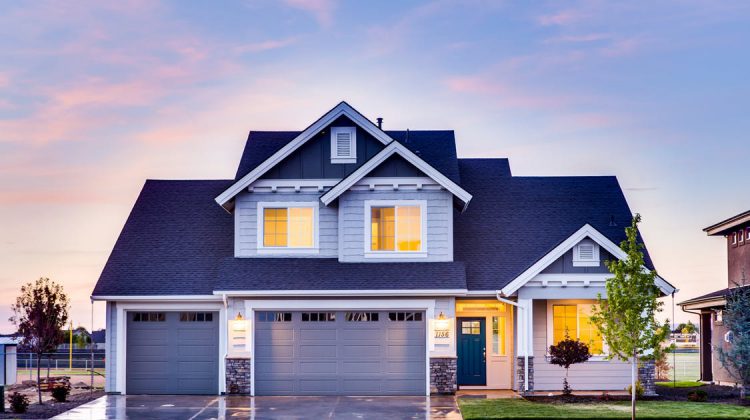 The real estate market on Vancouver Island is picking up. (supplied by Pexels.com)

NORTHERN VANCOUVER ISLAND, B.C. – The sting of slumping home sales across Metro Vancouver hasn’t been felt as much in the Comox Valley.

On the mainland, home listings are at a four-year high while the number of buyers is waning.

And while sales have moderated in the valley and Campbell River, they haven’t tumbled like they have in the across the Strait of Georgia.

Locally, home sales have fallen slightly in the Comox Valley, from 57 in September to 53 in October. But the market was much hotter back in October 2017, when 80 homes changed hands in the valley.

This represents a 34 percent dip in sales compared to the same time a year ago.

In Campbell River, there was an uptick in home sales, from 43 in September to 47 in October. Last October, 54 homes changed hands in the city, 13 percent more than in October 2018.

According to the VIREB, the cooling of the market can be attributed to government policy-side measures including the mortgage stress test and higher interest rates, which the board says “are taking their toll on housing sales throughout the country.” 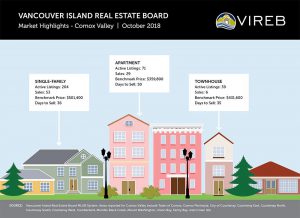 “We have a lot of resources, we have good infrastructure in our city, airport and hospitals, we have great recreation with the bay, the ocean, the mountains, the golf courses… so our drawing card has just been where we are and who we are, and the fact the prices are still comparatively affordable,” Reid said.

The VIREB director for the Comox Valley region, Reid said one of the things that have been feeding real estate sales over the last decade has been “incredibly low interest rates.”

But with the Bank of Canada raising its benchmark rate, it has stabilized the market in the valley.

“I expect the opportunities for buyers and sellers to balance out a bit because it’s been a very one-sided market for the past three years,” he said. “It’s been a sellers’ market, there haven’t been enough homes around for the people who need to live in them and the sellers have had an incredible advantage in negotiating.”

Even with moderating sales, the prices of single family homes continue to inch up in the valley and Campbell River.

Supply overshadowing demand is keeping prices in check, and Reid said “sellers are going to have to earn their buyers.”

Buyers from the mainland are migrating to the North Island. All told, 30 percent of the buyers in the Comox Valley and Campbell River are coming from either Metro Vancouver or the Fraser Valley.