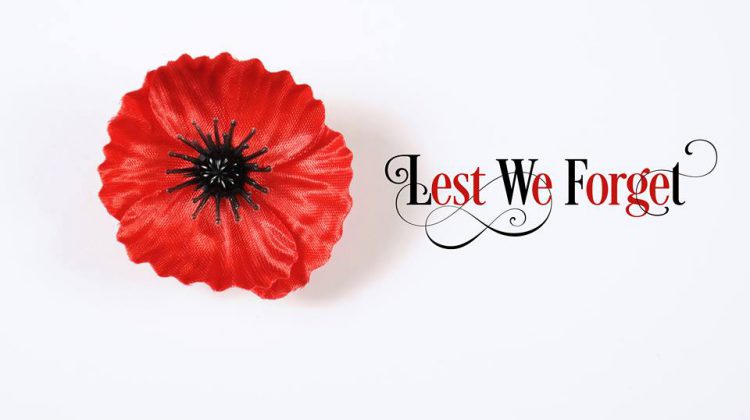 COMOX VALLEY, B.C. – Tomorrow signifies a day to remember the lives lost, and to salute those who have served in the armed forces to protect us.

November 11th is Remembrance Day. The Comox Valley is marking the day with various events in each community.

In Courtenay, there will be a veteran’s breakfast at 9:00 a.m. in the Upper Hall of the Courtenay Legion. Breakfast is served for $5.

After the parade, everyone is invited to an open house in the lounge of the Courtenay Legion. There will be refreshments and music for adult members and the public downstairs, with refreshments for youth in the Upper Hall.

In addition, City Hall, the Public Works Yard and the Courtenay Fire Hall will be closed on Monday for the statutory holiday.

However, the local fire department will be on call for emergencies, as will the Public Works Yard (can be reached by phone at 250-334-2947).

The Bells of Peace Ceremony will also be taking place at the HMCS Alberni Museum and Memorial.

Commemorating the Centennial of the Armistice, bells across Canada will toll 100 times at sundown on Remembrance Day 2018.

Other facilities taking part in the Bells of Peace ceremonies include:

To accommodate the ceremonies, the Legion requests that there be no parking after midnight November 11th at Jubilee Square (between Native Sons Hall and the Sid Williams Theatre, Courtenay).

The Legion is also asking residents to not park on Cliffe Avenue between 4th and 3rd Streets on both sides.

In addition, Cliffe Avenue will be closed to traffic between 5th and 3rd Streets between 9:00 a.m. and 12:00 p.m. during the ceremonies.

The Royal Canadian Legion Branch #28 will host a Remembrance Day parade with the Village of Cumberland.

The parade will start at Dunsmuir Avenue and Third Street just after 10:30 a.m. and moves along Dunsmuir to the Legion between Fourth and Fifth Streets.

Dunsmuir Avenue will be closed to traffic from Third Street to Fifth Street during the parade and service. The village is asking attendees to save the parking spaces on Fourth Street adjacent to the post office for those with disabilities.

In case of inclement weather, the parade will take place at Cumberland’s rec centre. Parking is available at the lot accessed from Sutton Road and at the Cultural Centre parking lot accessed from First Street.

In Comox, the parade will start at Nordin Street and continue along Comox Avenue, until parade members march to the cenotaph.

Attendees are advised to show up to watch the parade at around 10:30 a.m.

Following the parade, there will be a ceremony at the cenotaph, including a moment of silence at 11:00 a.m.