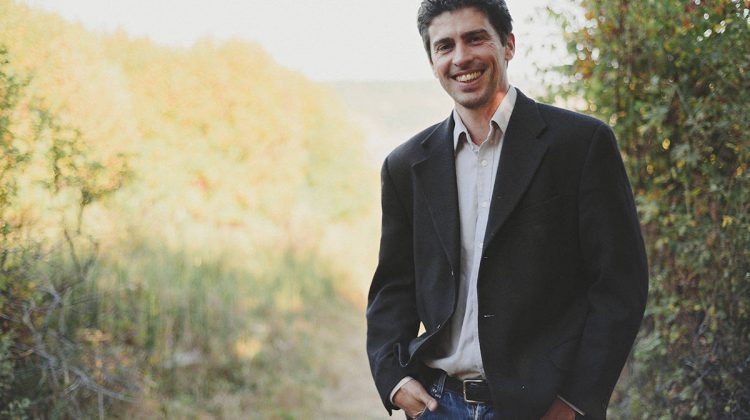 Daniel Arbour is pictured in a handout photo.

Arbour is the new representative for Area A in the Comox Valley Regional District (CVRD), elected last month over former Union Bay Improvement District (UBID) trustee Jim Elliott. The former occupant of the Area A seat, Bruce Jolliffe, did not seek re-election.

Area A covers the south end of the CVRD, including Union Bay, Royston, Fanny Bay, Denman Island, and Hornby Island. Arbour spoke with the MyComoxValleyNow.com newsroom earlier this month about his plans when it comes to Union Bay, where there has been debate in the community about actions taken by improvement district officials on a variety of issues.

Those include the question of merging with the CVRD, which the provincial government has encouraged to be set aside until the area’s new water treatment plant is finished. A large development, now known as Union Bay Estates, has also gotten underway after years of debate.

Arbour was fairly hopeful for the future, when it came to Union Bay, and believed he might represent “a bit of a reset button” when it came to the relationship between the CVRD and the UBID.

“Within Union Bay, I think things are evolving itself,” said Arbour.

“Sometimes, you go through a period of difficulty, and hopefully, with their water treatment plant being built currently, everybody wants to focus on making sure that the watershed gets protected as well, so there will be an effort around that, and Union Bay Estates is proceeding with their phase one. They’ve already started doing some site prep, so I think it’s a matter of just trying to get everybody on the same page, and for the CVRD to support, where needed, the Union Bay Improvement District.”

Arbour indicated he had met with some of the current UBID trustees on the campaign trail, and with the district’s current CAO Gordon Mason. He said that he thought “everyone is clear” that the new water treatment needed to be built first, and if the community wanted to focus on governance review, that could be supported by the CVRD.

He also mentioned three options that UBID could take when it came to governance review, which were staying the same, becoming a municipality, or merging with the regional district.

Asked about the issue of problems at the public meetings of the UBID, Arbour said he had heard of them.

“I’m not blind to it, but I think, sometimes, you want to let the internal processes sort themselves out,” said Arbour.

“A lot of residents are paying attention to that, in UBID. I won’t weigh in until there is a specific request for support. There, again, is an area where the province has provided some recommendations as well, and hopefully we’ll see both them and our regional district board work well together.”

He indicated he had not personally attended any meetings of the UBID board, but said he wanted to meet with every community in Area A over the next six months.

Arbour’s goal is to be connected with each community, and discuss their priorities.

The next meeting of the UBID board takes place on November 14th.