No injuries after collision at 5th Street and Fitzgerald Avenue 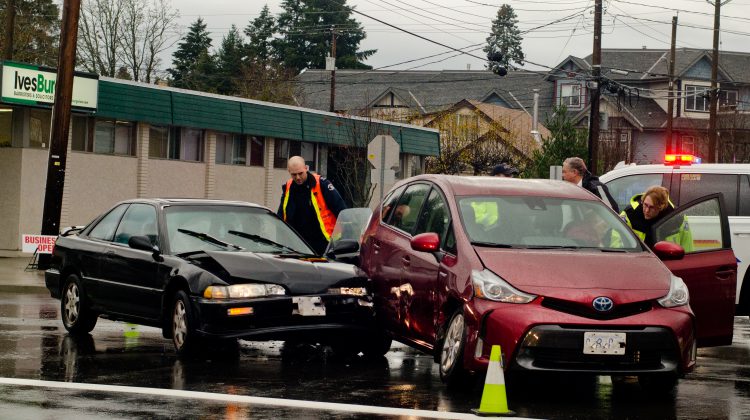 First responders handle the scene of a crash at 5th Street and Fitzgerald Avenue in Courtenay on the afternoon of November 22nd, 2018. Photo by James Wood/98.9 The Goat/Vista Radio

COURTENAY, B.C- Two cars were left with minor damage after a crash in downtown Courtenay today.

Both vehicles collided, ending up in the intersection close to the south stop sign.

The driver of the black car was a young man, while the red Toyota was driven by an elderly woman. Neither sustained injuries.

The young man wasn’t sure if the new road design along the top part of 5th Street had been a factor in the crash, when asked by the MyComoxValleyNow.com newsroom.

Traffic was disrupted while first responders dealt with the scene.

No other vehicles were involved in the crash.