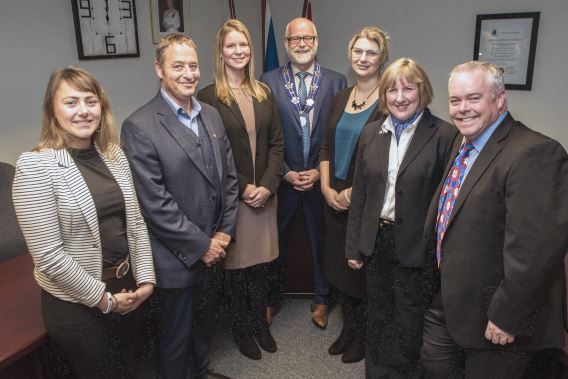 COMOX, B.C. – Comox Council members are getting a salary bump.

Council voted 6-1 to approve a recommendation from the Chief Administration Officer to update Expense Bylaw 2006, in order to increase the mayor’s annual pay by 14 percent to $38,384 and each councillor’s pay also by 14 percent to $20,230 per annum.

“I feel it quite unfair that prior councils did not act on this sooner to ensure a smoother transition for the new council,” McKenna said. “I feel that this work should have been accomplished prior to the election and I feel it’s unfair at this time to put the current council in a position to vote on the motion.”

McKenna said the optics and the timing of the recommendation are “inappropriate at this time.”

Arnott defended the motion: “Getting it done now, prior to the new calendar year is beneficial to our staff who have to implement the new accounting, and this is something that is going across Canada. Each municipality across Canada is being impacted by this.”

The original bylaw states that one-third of the remuneration… shall be deemed to be an allowance for expenses incidental to the discharge of the duties of an elected municipal office.

In short, one-third of the mayor’s and councillors’ salaries was exempt from income tax.

However, in the 2017 federal budget, the Federal Income Tax was revised to eliminate this allowance, leaving council’s remuneration fully taxable starting in January 2019.

According to a Town report, the result of this change in tax rule would actually reduce council’s after-tax income.

The report noted that to account for the loss of expense allowance (and based on the 30 percent tax bracket for each member of council), remuneration for 2019 would need to rise by roughly 14 percent for each council member to offset the reduction in pay.

A 14 percent increase across the board would result in an increase of about $19,500 to the Council Salary Budget, thus increasing the overall budget to nearly $160,000.

“However, the added financial cost of moving to a fully taxable pay system would be outweighed by other benefits, such as supporting openness and transparency, fairness, direct comparison, and ease of understanding to the public. It would also provide clarity to election candidates, and compensation sufficient enough to attract a broad representation of quality candidates,” the report read.