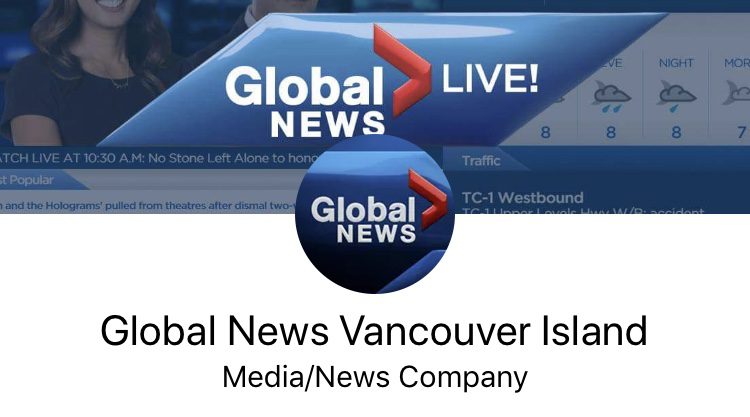 The top part of the false page. Image sourced from Facebook.

The post was made by a newly-created account called “Global News Vancouver Island”, using some of the news source’s logos early on Friday morning. Global does not have a separate Facebook page for Vancouver Island.

The sole post on the page mentions a young Courtenay man, stating he is a “high risk sex offender” who plans to move back to the city.

As of this publication, the post has been shared more than 200 times.

However, local RCMP have confirmed the information contained in the post is false.

“This information appears completely fabricated and has nothing of this nature has been released by the local detachment,” said Constable Monika Terragni, spokesperson for the Comox Valley RCMP.

Verification of any information released by police can be found via the following link: http://bc.rcmp-grc.gc.ca/ViewPage.action?languageId=1&siteNodeId=28&contentId=-1

The MyComoxValleyNow.com newsroom reached out to Corrections BC about the post, and they confirmed they did not issue the information. They will also be taking action to have the post taken down.

We also reached to the page, to get more information about the post.