From homelessness to hope; recovering addict helps organize coat drive for those in need 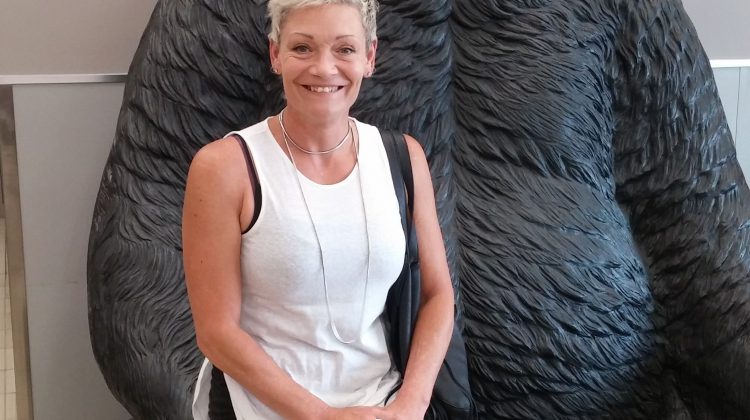 COURTENAY, B.C. – Deborah Little has emerged from the darkness of addiction and homelessness.

Now she’s walking towards a brighter path – one of helping others.

That’s why the 51-year-old Courtenay resident is helping to organize a winter coat drive this Saturday, Nov. 24, collecting jackets for people in need in the community through the Coats For Care Foundation.

“We’re looking for our community to purge their closets,” Little said. “Christmas is coming, we’re going to be receiving lots of gifts from our family and friends, and I thought this would be a good time (to host a coat drive). The season’s getting colder and anything (people) no longer have use for, to bring it to our coat drive, and we’ll pay it forward to our community as needed.”

The foundation is collecting for infants, toddlers, children, teenagers, young adults, woman, men, seniors and homeless. The group members will also be collecting donations that will help them with washing the coats, setting up a storage locker, maintaining the Coats for Care cellphone plan, and establishing a website.

While this is strictly a coat drive, the group will not turn anything away.

“There is a free store at our church, so anything extra, we’ll move forward to the church, or if there’s any hats, mitts, or scarves, there’s other organizations in the valley that are collecting those items and I’ll make sure that those other organizations receive those donations,” Little said.

‘I had pretty much given up’

The past five years have been the most difficult of Little’s life.

And over the past nine months, Little has been in recovery from a crippling drug addiction.

It wasn’t always like this. She used to be a homeowner but after she lost her partner she said she all but gave up hope.

“That’s when I picked up my substance of choice which was heroin or fentanyl which is a crisis today,” Little told the MyComoxValleyNow.com newsroom. “I had pretty much had given up. But some people in the valley had shown me some kindness. I had that little bit of hope inside me and I decided that I was going to try one more time to straighten out my life.”

She went into recovery to beat the disease of addiction – hopefully this time for good.

“In March it’ll be five years (since the addiction started) and this is the third time I’ve been at the recovery house that I’m at,” she said.

Little has strong ties to the Comox Valley.

She grew up in Montreal and moved to the valley with her family when she was 17.

“I’ve been on and off here,” she said. “I lived in Edmonton for a few years and I lived in Nanaimo for several years but basically this has been my home.”