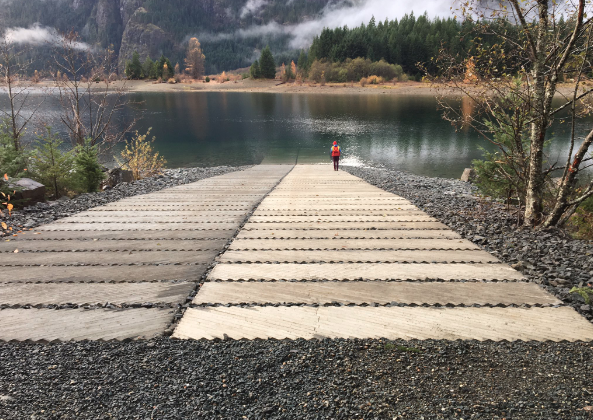 CAMPBELL RIVER, B.C. – Visitors to the scenic Buttle Lake will notice some updates.

BC Hydro’s Stephen Watson said crews have been doing what they call “physical works”, making improvements to certain facilities.

“Recently, we just completed improvements to the Buttle Lake boat ramp…next spring we’ll be making improvements to the Karst Creek boat ramp. We’ve also worked with BC Parks and Recreation Sites and Trails BC on extending some existing boat docks at Miller Creek and Loveland Bay.”

Watson said that those projects are examples of when the reservoir is down, that people can still access their boats.

“It’s been a good community outreach (project) in terms of working with government agencies, and it’s great that people can start benefiting from these projects,” he said.

Watson noted that the final two projects should be completed by next spring.

He explained that in February and March of next year, crews plan to make improvements to a new trail system that leads to the Buttle Lake day-use sites down to the reservoir. He said when the reservoir gets lower; it will still provide a nice trail that people can use to walk down in to the reservoir area.

“Broadly, there’s about tens of thousands of people that access lower Campbell reservoir, McIvor Lake as well as the upper Campbell reservoir – Buttle Lake, whether they’re day-use camp sites, overnighting, going up with a car-top boat to go fishing…any time there’s a high demand and there’s not a lot of access into these lakes,” Watson said.

“These kind of improvements will provide an enhancement to what’s there. That will be beneficial to people using that system year in, year out.”

Watson added that rocks used for the Buttle Lake boat ramp came from the underground tunnel excavation from the John Hart Dam project.