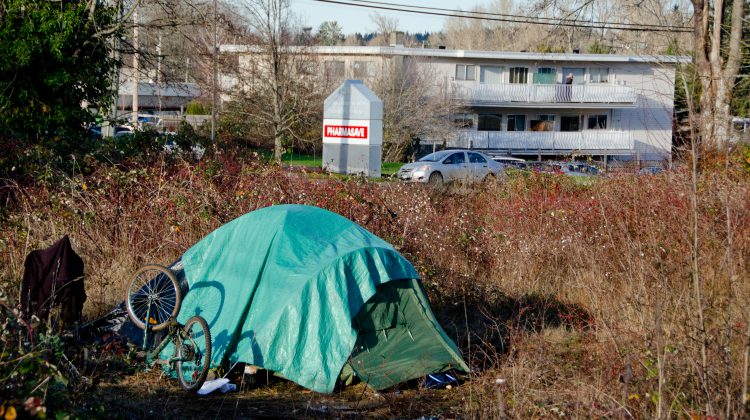 A tent on the land behind west Courtenay's Thrifty Foods on Cliffe Avenue is pictured on December 3rd, 2018. Photo by James Wood/98.9 The Goat/Vista Radio

COURTENAY, B.C- Some homeless residents of the Comox Valley have had to find new places to camp this week.

Last Wednesday, cleanup work and land-clearing started on land at the corner of 8th Street and Menzies Avenue, part of a provincial housing project to put together a 46-bed supportive housing facility on the site. 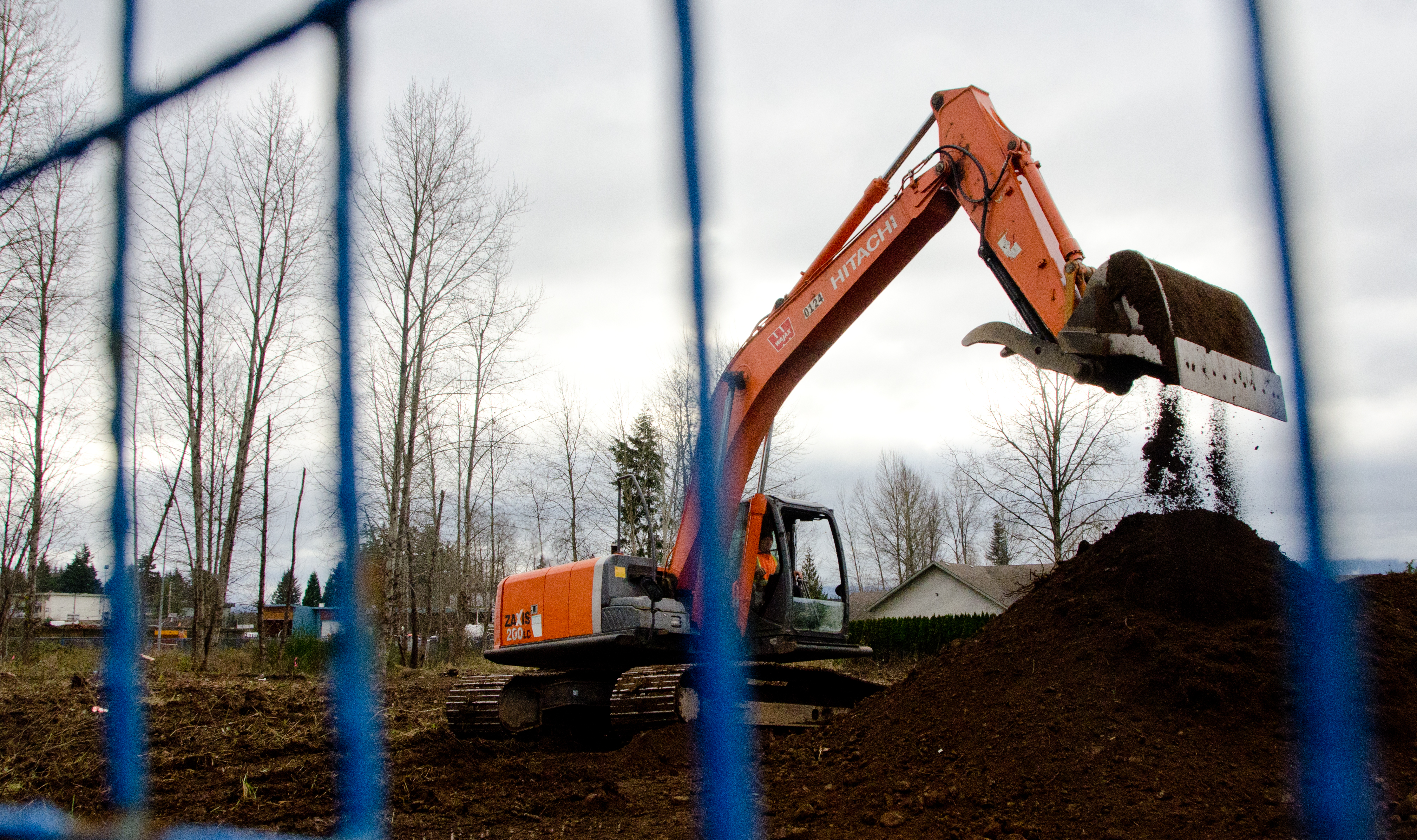 An earth-moving machine is shown working at the 8th and Menzies site on December 3rd, 2018. Photo by James Wood/98.9 The Goat/Vista Radio

Prior to that work starting, multiple homeless residents of the Valley had been camped at the site. Provincial authourities, once informed of the camper’s presence, took steps to help the residents find housing. 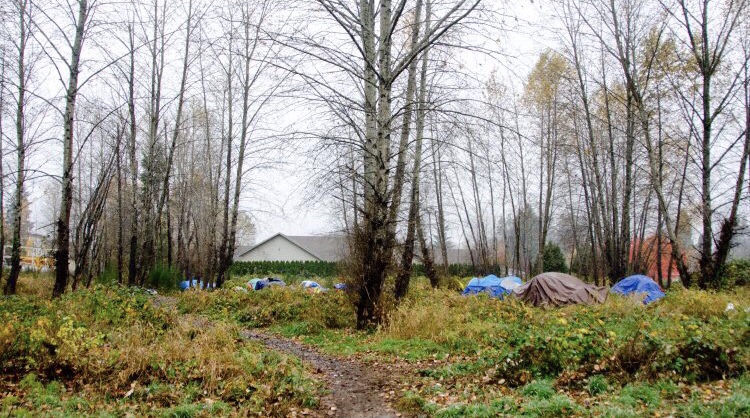 According to a statement from BC Housing, the steps taken have been successful for some of the campers. The housing authourity has said that two to three people have been moved to shelter beds and one camper has been identified for a rent supplement. They’re staying in a hotel until a rental is found.

“Local outreach providers, along with BC Housing, are assessing whether rent supplements can be provided for others to access rental housing in the private market,” read the statement.

“BC Housing understands that campers were in that location already, as well as in other areas in the community. Numerous outreach providers continue to engage with people experiencing homelessness in the Courtenay-Comox area. BC Housing will continue to work in coordination with all of our partners until the new supportive housing is open.”

In the meantime, some campers displaced from the site have taken up residence behind the Thrifty Foods along Cliffe Avenue in Courtenay. While the land behind the grocery store had been occupied throughout the summer by one or two campers, the number of individuals on the site has visibly expanded in the last two weeks.

Site resident Tara, who declined to give her last name, told the MyComoxValleyNow.com newsroom that she had been behind the grocery store for the last two weeks, having left 8th and Menzies five days before the cleanups began.

She indicated that the area has seen a spike in campers, with more noise and fighting. Roughly eight tents were at the site as of Tuesday afternoon.

A former campsite behind Courtenay’s Walmart also appears to have been cleared out, with no residents left. A large amount of garbage has been left behind. 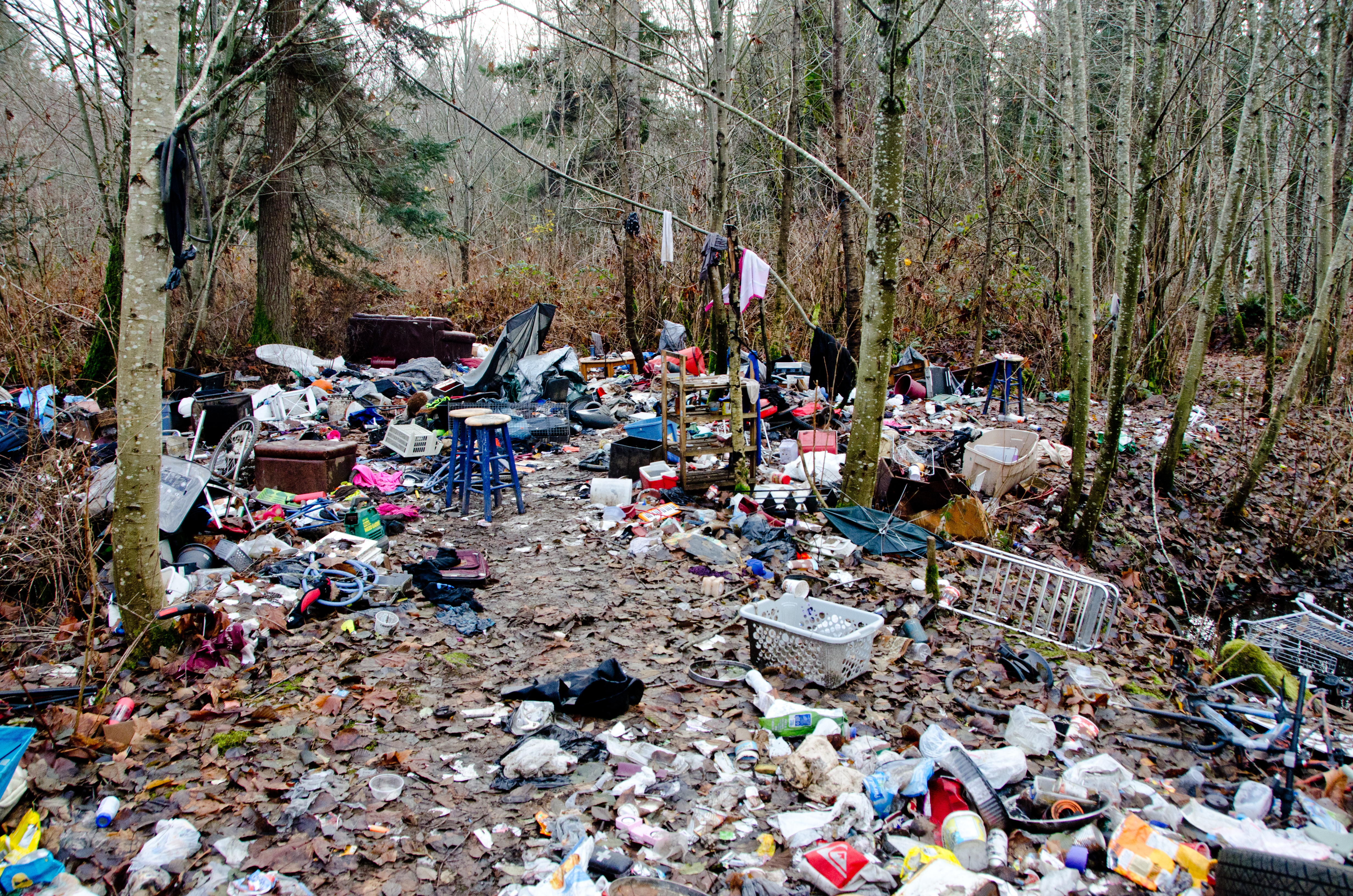 Garbage at the former campsite behind Walmart is shown on December 3rd, 2018. Photo by James Wood/98.9 The Goat/Vista Radio 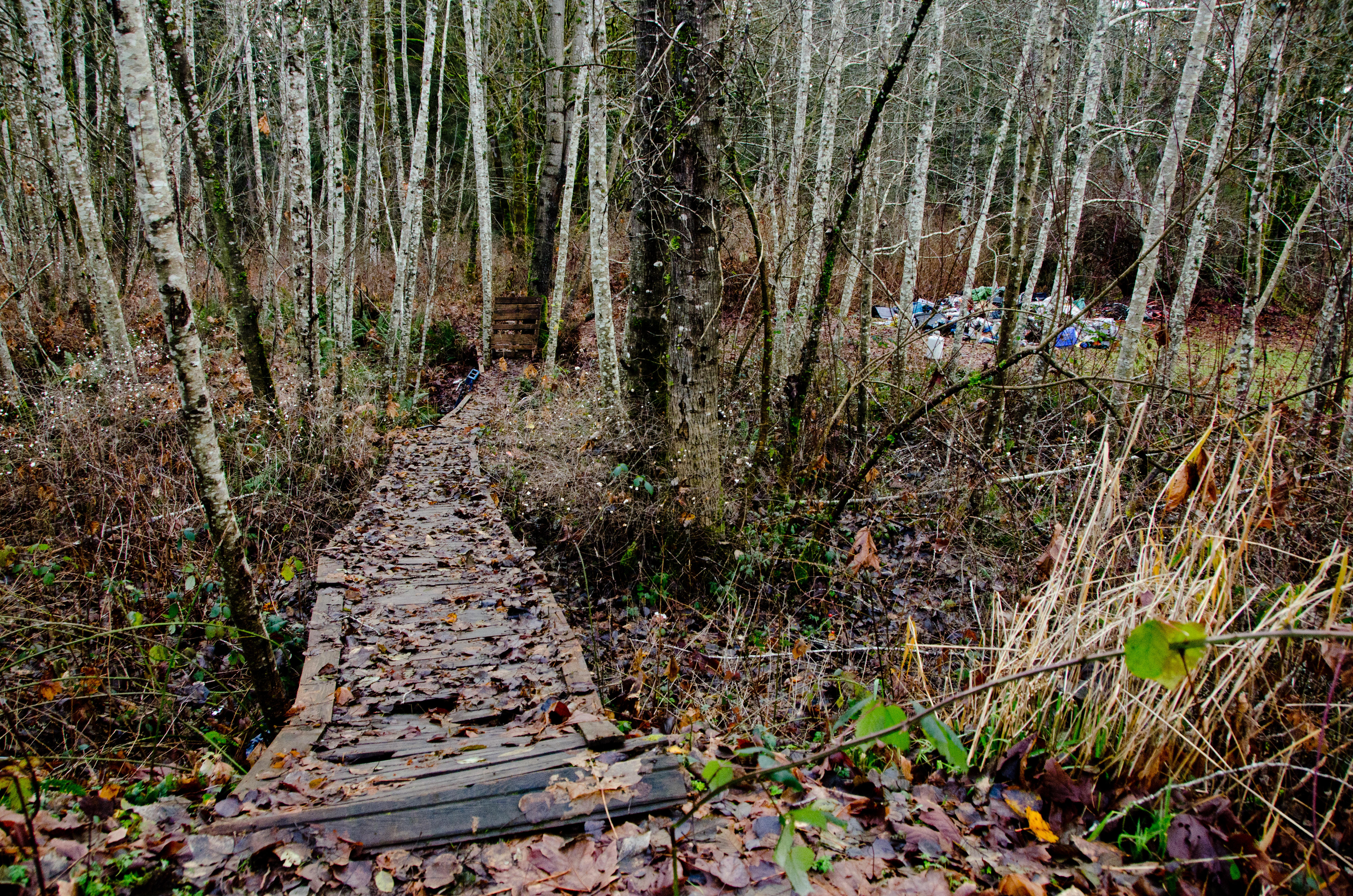 A bridge made from pallets at the former campsite behind Walmart is shown on December 3rd, 2018. Photo by James Wood/98.9 The Goat/Vista Radio

The construction for the supportive housing is on schedule, according to BC Housing.

Modular units are expected to get to the site by mid-January, with construction expected to be finished by the end of March.