Southbound Highway 19 lanes closed near Cumberland due to crash 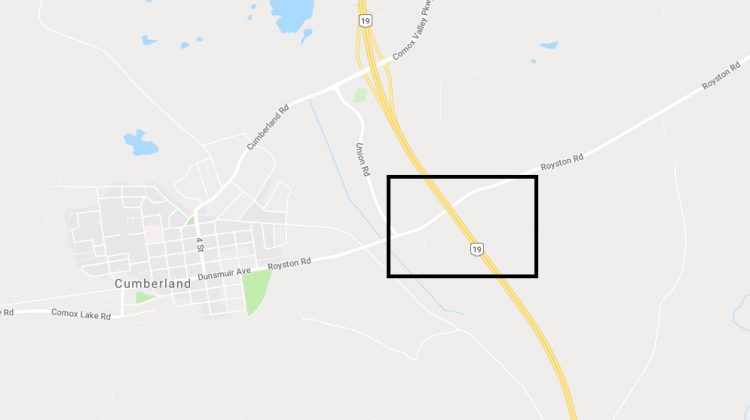 The rough area of the incident.

UPDATE 1: According to RCMP dispatch, the southbound lanes of Highway 19 are now closed at Exit 117 near Cumberland, with traffic being diverted. The closure will continue for the foreseeable future.

CUMBERLAND, B.C- An incident along Highway 19 has caused a slowdown near the Comox Valley tonight.

According to a report from the Comox Valley Record, the crash was between two vehicles and involved a member of the RCMP. Two other people have suffered non-life-threatening injuries.

A car was reported to be facing the wrong way, with heavy damage and debris on the highway.

There have been no official updates posted to DriveBC as of this publication.