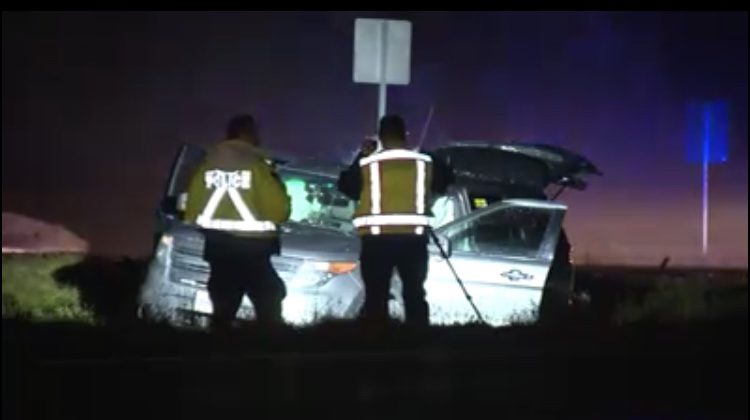 CUMBERLAND, B.C. – It could have been a lot worse.

That’s from Jamieson Daigneault, one of the men involved in a three-vehicle collision along Highway 19 just south of Courtenay on Saturday night.

The accident involved the SUV Daigneault was travelling in, a BMW, and an unmarked RCMP cruiser. 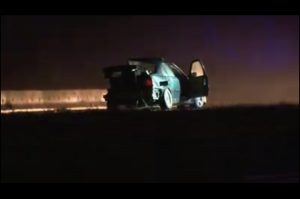 One of the vehicles involved in a crash on Dec. 8, 2018. Photo courtesy Gord Kurbis/CTV News Vancouver Island

The incident was reported to have happened shortly before 6:00 p.m. in the southbound lanes just before the Royston Road overpass.

“I’m feeling pretty shaken up this morning, to be honest,” Daigneault said.

“Basically what happened is we were driving to a function, heading to Nanaimo. We were in the right lane, a car went to pass, and hit us on the side, and then veered off and hit a police officer’s vehicle as well.”

The police cruiser was in the centre median conducting speed enforcement.

Daigneault said after the SUV was hit, the driver was able to pull off to the side of the road while maintaining control of the vehicle.

“(There were) no serious injuries that I’m aware of,” he said.

According to reports, two people in the BMW were taken to hospital with non life-threatening injuries.

The RCMP officer involved was also taken to hospital but did not suffer any injuries.

Following the incident, Daigneault had a message for drivers in light of the rainy and stormy weather conditions.

“Don’t drive recklessly, make sure that you’re not trying to pass really quickly on the highway…I would say watch your speed and make sure you’re not driving too fast out in the rain,” he said.

“I firmly believe that you should always drive to conditions. Don’t try to beat them.”