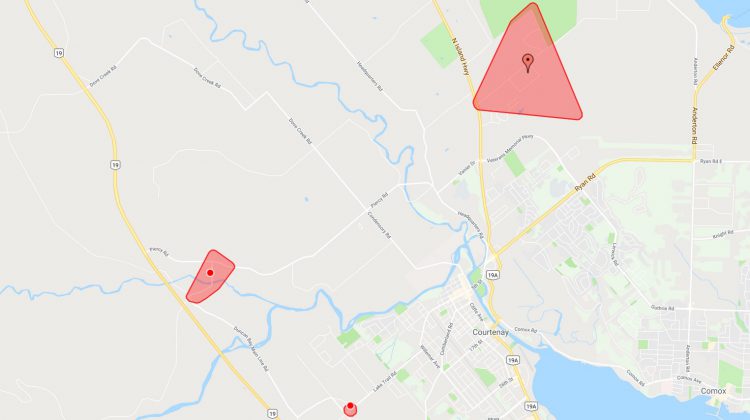 A map of the outages.

COURTENAY, B.C- Rough weather in the Comox Valley has knocked out power this morning.

Three power outages have been reported to BC Hydro, according to the power authority website.

The first is south of MITCHELL RD, north of GAIL CRS, and east of GRIEVE RD, with a wire down. That’s impacting 216 people.

The second is north-east of DUNCAN BAY MAIN RD, west of PIERCY RD, and south of FOREST HILL RD, again with a wire down. That’s due to a tree that fell, and Forbidden Plateau Road has been blocked at Piercy Road by Mainroad due to the work to sort out the downed tree. 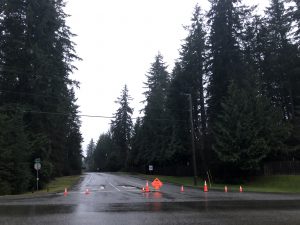 A photo of the road block.

26 people have lost power due to that outage.

The third and last outage is the 3300 block of Lake Trail Road, and is impacting less than five people. It’s still under investigation.

On Denman Island, two outages have been reported. The first is west of THE POINT RD, and north of NORTHWEST RD. It’s under investigation, and affecting 91 people.

The second is in the 2900 block of LAKE RD, and is impacting less than five people. It’s still under investigation.