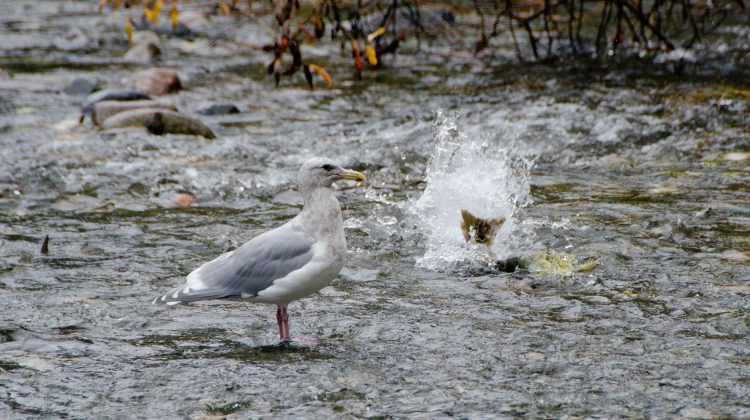 A salmon swims in the Puntledge River. (Stock photo)

EASTERN VANCOUVER ISLAND, B.C. – The fall salmon run in the waterways of northern Vancouver Island was a mixed bag, according to the chief biologist for the South Coast Salmon Stock Assessment.

According to Luedke roughly 10,000 to 11,000 spawning Chinook made their way through the Puntledge River during the fall run, compared to between 7,000 and 8,000 on average.

A pleasant surprise came further south along the east coast of the Island.

“The only real, real bright spot was down in the Cowichan where we had about 15,000 adult (Chinook),” Luedke said.

Fraser Chinook yearlings, which live in fresh water for a year before going to the ocean are doing “very poorly, Luedke pointed out.

“They have been declining for several years now,” he added.

The Committee on the Status of Endangered Wildlife in Canada (COSEWIC) has listed this type of Chinook as endangered.

COSEWIC reviewed Fraser Chinook salmon this year and came out with a recommended status as endangered for stream Chinook.

Ocean-type Chinook which go to the ocean quickly after they hatch from the gravels were listed as threatened.

“Big scale issues in the oceans are the primary determinant of what’s going on,” he said.

But there are steps people can take along local shorelines.