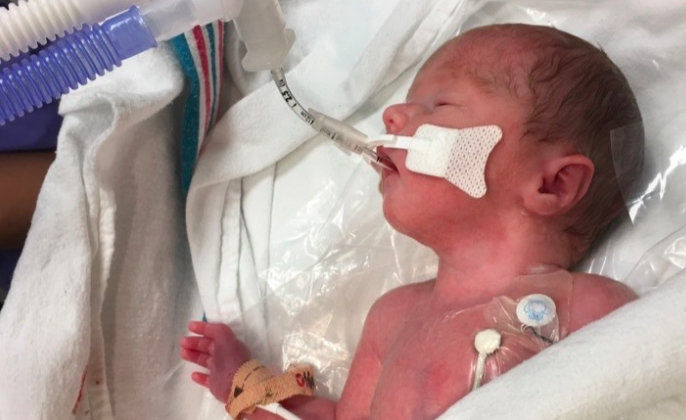 Lochlan was born premature at 25 weeks and is currently in the NICU, while his mother is under a medically induced coma in a separate hospital. Photo sourced from Lochlan Little's GoFundMe page.

CAMPBELL RIVER, B.C. – A Campbell River mother is in a medically induced coma after an emergency C-section.

Crystal Little contracted bacterial pneumonia, which forced an early birth for her son Lochlan at 28 weeks. According to a GoFundMe campaign for the family, Crystal has been in an induced coma in intensive care unit since Lochlan’s birth.

Lochlan is currently in the neonatal intensive care unit (NICU).

Crystal and Lochlan are in separate Victoria hospitals. Matt, Lochlan’s dad, is currently staying at a hotel in the meantime, juggling his time between his son and Crystal.

The Little family is originally from the Comox Valley but recently moved to Campbell River, due to housing shortage in the valley.

The fundraiser was organized by Matt’s longtime friends Natasha and Paul Ardron. To donate to the family, visit this link.