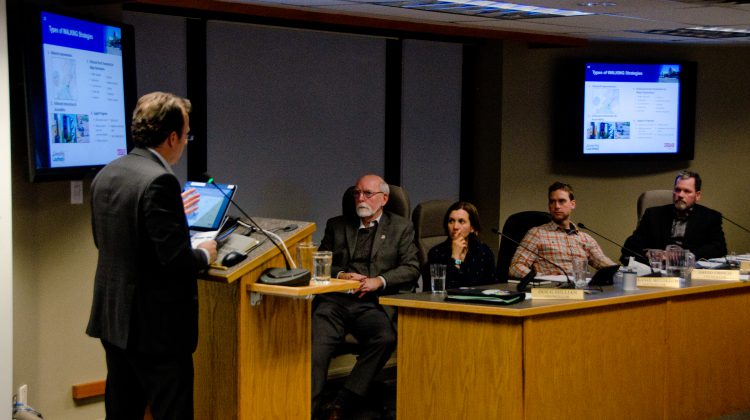 COURTENAY, B.C- A new bridge won’t be coming to the Comox Valley.

On Monday evening, Courtenay city council was once again presented to by John Steiner from Urban Systems, bringing forward a draft master transportation plan for the city aimed for the next 25 years.

Steiner’s presentation was meant to provide a broad picture of the plan, which has not yet been formally brought forward to council.

In that broad picture, the plan called for an increase of infrastructure for walking, cycling, and transit, from a current level of 15 per cent of all trips in Courtenay to 30 per cent by 2038. 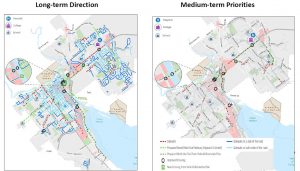 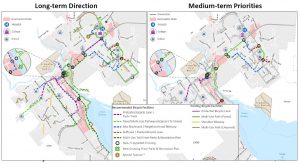 Most notable, however, was the absence of a new crossing over the Courtenay River, with focus instead turning to fixes for the approaches to the 17th Street Bridge and the 5th Street Bridge.

The plan calls for a widening of the Highway 19a bypass to four lanes, as well as changes to signaling and “access control” on the approaches to both bridges. 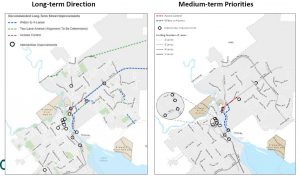 A long-term proposal for a two-lane connection behind the Courtenay Superstore plaza to Tunner Drive to the Highway 19a bypass was also put forward with the plan, which replaced a previous route that was laid out across the agricultural reserve land connecting to Back Road.

According to Steiner, dialogue with the community during the work on the transportation plan eliminated the possibility of a new crossing, after a possible location at 21st Street was shut down following outcry from the Courtenay Airpark.

“We did eliminate, at the end of the day, within the plan itself, the 23rd (21st Street) crossing,” said Steiner, during the discussion with council after the presentation.

“At the end of the day, for the period of the plan we’re talking, 25 years, the impact, the costs, would exceed the benefits by some margin. We did leave that out of the plan itself.”

Steiner also indicated that widening of the bridges and roundabouts at the entrances to both crossings would not be viable options.

“The constraint is at the intersections,” said Steiner.

“If you don’t have the routes to feed it, you can’t get more (traffic) through. And that’s pretty much the case for every bridge, is that it’s not the bridge itself, it’s the intersection or the ramps, or whatever it is feeding the bridge. If we can’t address it by building major roadways, or building roadways to it, the idea is to find a new location.”

Council eventually voted to accept the information presented by Steiner, and Mayor Bob Wells told the MyComoxValleyNow.com newsroom that the city’s approach to the transportation vision will be “fairly multi-pronged”, with a first priority being the approval of a plan for cycling infrastructure.

Steiner’s presentation called for that cycling plan to be approved first, in order to qualify for provincial funding aimed at cycling infrastructure.

As for what reaction the mayor expected for the absence of a new crossing, Wells stated that there were always going to be people that are happy or unhappy with any decision made by council, and that was “the joy of politics”.

“At the end of the day, it comes down to what’s feasible,” said Wells.

“When we look at a cost perspective, even a practicality standpoint, until we get our 17th Street bridge really sorted out, whether we get rid of the drawbridge, we really can’t move forward on expanding the width of it.”

Those numbers have been described by the city as “high level” for discussion only, and have not been endorsed by council or city staff.