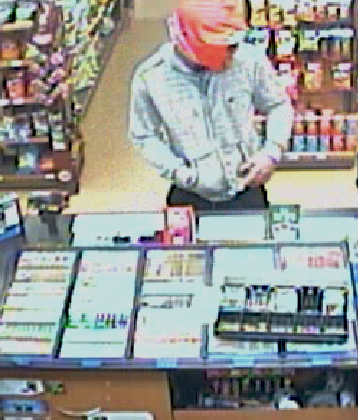 CAMPBELL RIVER, B.C. – A man allegedly robbed a Campbell River gas station with an underwear on his head.

According to a release from Crime Stoppers, the suspect went into the Husky station on South Island Highway on the night of November 12th.

He indicated he had a gun and demanded cash. Surveillance photos show he was wearing what seemed to be red underwear to disguise himself.

The suspect fled the scene once he received a sum of cash.