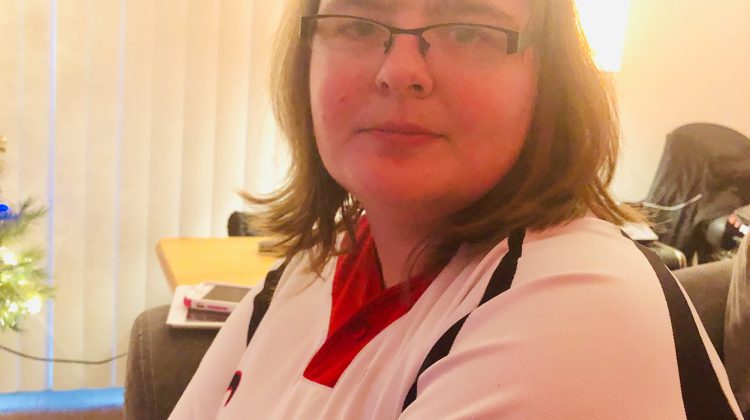 Jenny Roberge had her bike stolen on Saturday.

COURTENAY, B.C. – A GoFundMe page has been started to help a local woman who had her only mode of transport stolen right before her eyes.

“I’m hoping we can all pull together to replace her Liv brand bike for Christmas,” said Jenny’s friend Jeff Schmidt, who launched the page.

Jenny has tuberous sclerosis complex, a rare genetic condition that causes mainly non-cancerous (benign) tumours to develop in different parts of the body.

She also suffers from epileptic seizures and the stress of having her bike stolen could act as a trigger, according to her husband Chris.

“I’m trying to keep her calm because too much stress will cause her to having that epilepsy, so I don’t want that to happen to her,” Chris said. “So I’m dealing with all the stress on me so it’s easier for her to calm down and all that stuff.”

The theft took place after Jenny parked the bike at Tim Hortons, where she waited for Chris to finish his shift at the neighbouring White Spot restaurant.

“She walked (over) to get her bike and at the same time, her bike was gone,” Chris told the MyComoxValleyNow.com newsroom. “So he stole the bike right in front of her and ran off on her.”

The bike was locked and secure so the only way for the thief to steal it was to pick it up and run with it.

Chris said Jenny worked very hard to buy the bike, and she has an emotional attachment to it.

“This is a bike that keeps her calm,” Chris said. “She likes to ride around with me.” 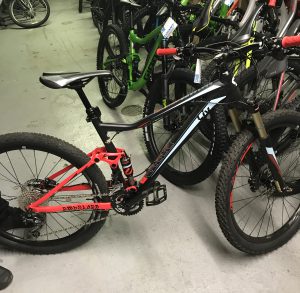 Photo of the stolen bike.

The thief was wearing a dark checkered jacket when he took the bike.

The couple has filed a police report, and local pawn shops have been notified.

Chris put the details of the theft on his Facebook page.

The theft happened close to where 22-year-old Matthew Cadwell’s electric bike was stolen over the summertime. The community rallied around Cadwell, and his bike was replaced thanks to donations from the public and local businesses in both the Comox Valley and Campbell River.