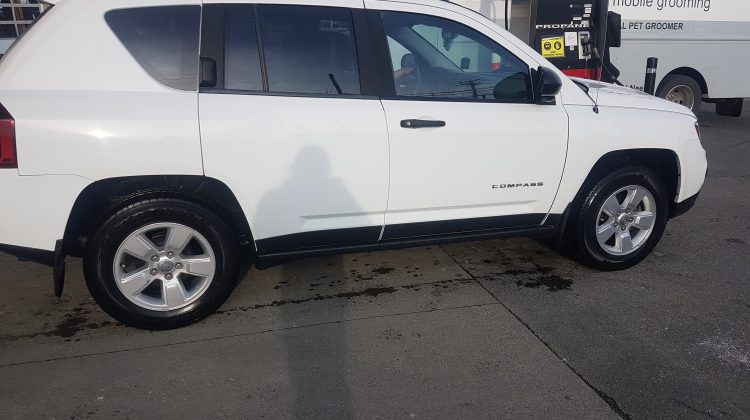 Campbell River mother Lizz Demill had her car broken into on Christmas Day, and lost presents for her family. Photo courtesy of Lizz Demill.

CAMPBELL RIVER, B.C. – It took one phone call and the presents were gone.

Lizz Demill loaded up her car with presents for her younger brother and her baby on Christmas day. She said she received a call from her sister.

When she next turned back to the car, the door was open and the bag of presents were gone, along with some makeup and money on the console.

“I had some homemade chocolate that I had made for everybody… they were gone. There were presents to my newborn (from friends), and I don’t even know what was in them,” Demill said.

Demill said she didn’t see who took the presents. She has no idea who it might have been either.

She said other Campbell River residents offered to buy her brother what he needed, but she said the fact that his Christmas presents were stolen is what made it hard.

Demill added this is not the first time her car had been broken into. She said someone went through her car last week, which she did report.

Both incidents happened in front of where she lives, across the street from Ideal Cafe.

She said the police advised her to call them when she spots who went through her car.

“They’re a terrible person to do that on Christmas.”