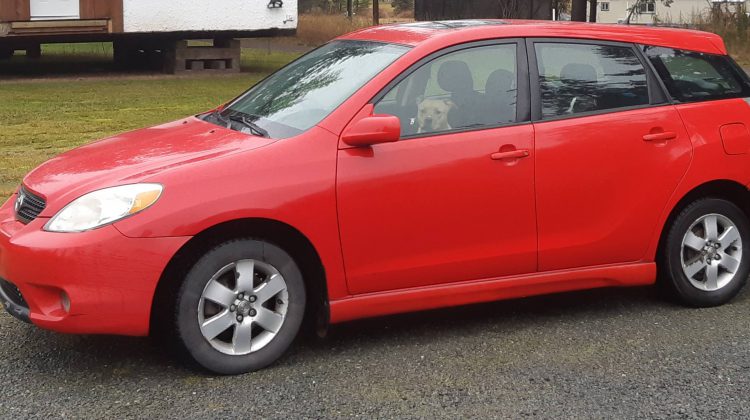 A photo of the car, supplied by Kassinen.

CAMPBELL RIVER, B.C- A resident of Campbell River trying to track down her car.

According to Kaila Kassinen, who posted the notice about her car to social media, the vehicle went missing on Boxing Day in Nanaimo, around 3:30 p.m.

The vehicle is a red 2005 Toyota Matrix, with plate numbers 343 FVN. It has stickers on the back windows saying “”F— cancer, Show Me Your Pitties, and a Vancouver island sticker with a bear paw”.

Kassinen indicated that the identity of the man who took the car is known, but the location of where he is or the vehicle’s location remains unknown. His name has not been released.

Police in Nanaimo and Campbell River have been made aware of the theft.

A photo of the vehicle can be viewed at the top of this article. Anyone who spots the car should call their local RCMP, or Crimestoppers.