Shelter resident looks to leave ‘thug life’ behind him 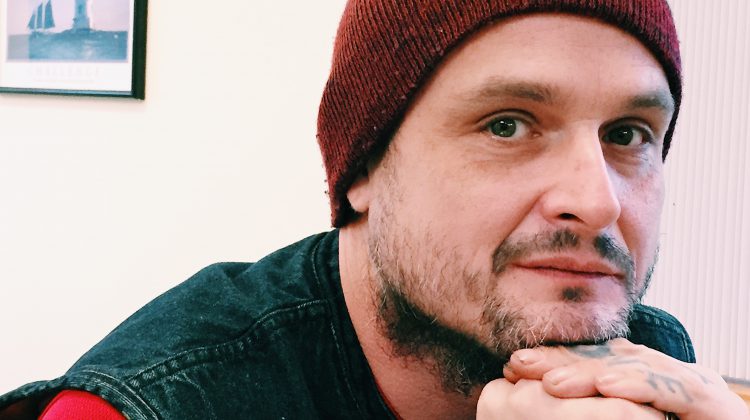 The 42-year-old spent his Christmas at the Salvation Army shelter on Pidcock Avenue as he looks to leave a life of crime, substance abuse, and physical and emotional pain behind him.

Bone was outside, “freezing” when he managed to get on an emergency list and secure a bed at the shelter.

He said the comforts many take for granted – a bed, a warm breakfast and dinner, having a place to rest and rejuvenate – has been a godsend.

“It has been almost a miracle in itself just to have the warmth, not only of the building around us but the people who care for us, too,” he said. “It’s just absolutely amazing.”

Bone spent Christmas at the shelter and said the people who run the facility made the holiday season as festive as they possibly could.

“Christmastime, they gave us turkey, they gave us presents, presents, stockings, we had these little bags from these kids that made out these cards and stuff for us… it’s so warming and welcoming to think that someone who is out in the cold has a spot in someone’s heart,” Bone said. “It’s very endearing.”

For years, Bone has struggled with what he describes as a “misdiagnosis.”

“I’ve been to jail, often, especially for defending other people… I’ve kind of lived the thug life, I guess,” he said.

He said he was on anti-psychotic medicine for a long time, after he was hit by a vehicle in Calgary.

Bone said the incident left him with a brain laceration that caused a hematoma.

“They decided to give me anti-psychotic medicine and for 12 years, I’ve been on it,” he said.

And even with his self-described “violent history” and criminal record and other issues, Bone said he was welcomed into the shelter.

“They not only treat me with respect but they treat me as a civil human being, which helps,” he said.

“There’s prayer among brothers, here. It’s almost like a little family once we come in here.”

“It’s basically like that when you’ve got a warm belly and a warm heart to greet you at the door, right?”

Moving forward, Bone hopes to volunteer and then apply for school for mechanical engineering.

“Like I said, I’ve lived the thug life and I’m trying to get out of it,” Bone said. “I’ve read the Bible and I wanted to go to Bible school at one point but my spirituality differs from a normal Christian.”

He hopes to stay long-term at the shelter, at which time he plans to volunteer for the Salvation Army.