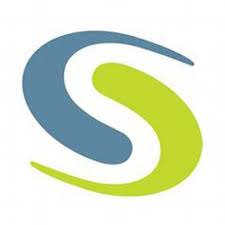 COURTENAY, B.C- A new collective agreement between the Comox Valley Regional District and a local union branch has been reached.

According to a press release issued by the district on Thursday, the agreement with United Steel Workers Union Local 1-1937 was ratified late in December.

“Negotiations began in January 2018 to address amendments to the Collective Agreement,” read the district’s press release.

“In November, a mediator was assigned to assist discussions in reaching a collective agreement between the CVRD and its recreation facilities staff, represented by USW Local 1-1937. On December 11, 2018 a tentative agreement was reached with ratification from both parties occurring December 21, 2018.”

The mediator was assigned after union members voted in favour of a strike action, which ultimately wasn’t taken. A statement later issued by the union raised multiple grievances about the district’s employment practices.

The new agreement will provide USW staff with a labour market adjustment in the second year to move their wage rates closer to similar positions in other regional recreation facilities, according to the release.

The third and fourth year of the agreement have a two per cent wage increase in each year.

“We are pleased to be moving forward with this agreement to continue enhanced service at our recreation facilities,” said Julie Bradley, CVRD Executive Manager of Human Resources, in the release.

“On behalf of the USW bargaining committee, I would like to thank the CVRD bargaining team and the CVRD board for collectively bargaining a successful contract,” stated Shelley Siemens, Business Agent for the United Steelworkers Union.

The current collective agreement will be revised, and be made available on the district’s website when it’s ready.

The MyComoxValleyNow.com newsroom has reached out to the union for comment on the announcement.