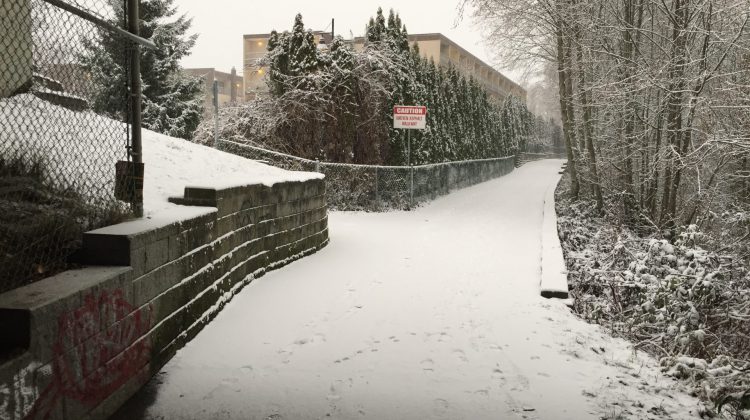 That’s according to Environment Canada, who have forecasted snow across Vancouver Island starting tomorrow afternoon.

Meteorologist Carmen Hartt told the MyComoxValleyNow.com newsroom that the snow is expected to begin tomorrow afternoon, turning into a mix of rain and snow into the evening and overnight. That mix will continue into Wednesday, and eventually change completely into rain by Wednesday afternoon.

At sea level, a couple of centimetres are expected to fall, with that amount going up to five and ten centimetres further inland and at higher elevations.

“I don’t think it will stay, because we’re having a mix of rain tomorrow evening,” said Hartt.

“But I think what’s really going to be affected is that afternoon commute, so the school run, and the work run tomorrow afternoon. But as it moves into the evening, as the rain comes on top of that snow, it will wash away. By Wednesday morning, probably right at sea level, there won’t be much to see. But anyone at a bit of a higher elevation or anyone traveling on the highway would expect to see some snowy sections.”

Hartt advised anyone commuting tomorrow to be aware of possibly snowy conditions, with that extending to travellers heading to higher elevations on Wednesday afternoon.

Temperatures are expected to stay mid the rest of the week, with rain off and on.