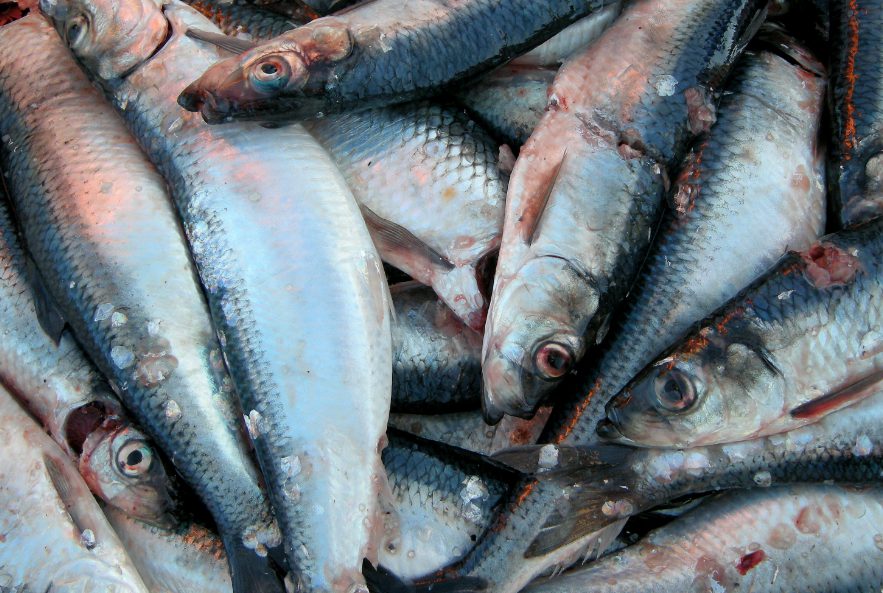 HORNBY ISLAND, B.C. – A local conservation group is asking the federal government to put a moratorium on its Pacific herring roe fishery planned for March.

Conservancy Hornby Island, a small volunteer non-profit organization on Hornby Island, is concerned with the long-term sustainability of the land and marine resources of the island.

In recent years, the group has been focused on the sea life around the island and the importance of Pacific Herring for this sea life.

According to the organization, Fisheries and Oceans Canada (DFO) is preparing to approve the catch of 20 percent of all the herring that spawn in the Georgia Strait, which it says is the last viable herring roe fishery on the coast.

Conservancy Hornby Island believes that this is being done without considering what impact this may have on all the other sea creatures that rely on this one species of forage fish.

The DFO notes that most Pacific Herring are fished for roe, which is sold in Japan. The remainder of the commercial fisheries is divided between spawn on kelp production and the food and bait market.

Pacific herring is the basis for the food web that supports the salmon and killer whales and most of the other mammals, sea birds and other creatures who call the North Island home.

Grant Scott, the group’s president and a former commercial fisherman, explains the impact herring have on the health of local waters.

Scott said that the DFO grinds up 100 percent of the males and take the roe out of the females, and the roe goes to feed the stock in fish farms and is also used for pet food.

He asked, then, that if 90 percent of the herring is used for fish farm and pet food “is the federal Minister of Fisheries breaking the law?”

He said herring are an essential part of the food chain.

Scott said a five-year moratorium and a fishery that’s 100 percent devoted to human consumption would be best for all involved.

Scott said DFO management has, in the last 20 years, resulted in the closure of four of the six major herring stocks on the B.C. coast.

“People all over the world value and eat herring,” Scott said. “We’re saying, ‘let’s get a better use out of these fish.’ We’re also saying, of the six major runs along the coast over the last 30 years, five of them are shut down because they’ve been over-fished and there’s a lack of fish to be able to open for a local fishery.”

The last remaining major Pacific Herring spawn from Washington State to Alaska is in the northern Strait of Georgia from Nanaimo to Comox.

To find out more about this issue visit conservancyhornbyisland.org or email [email protected]