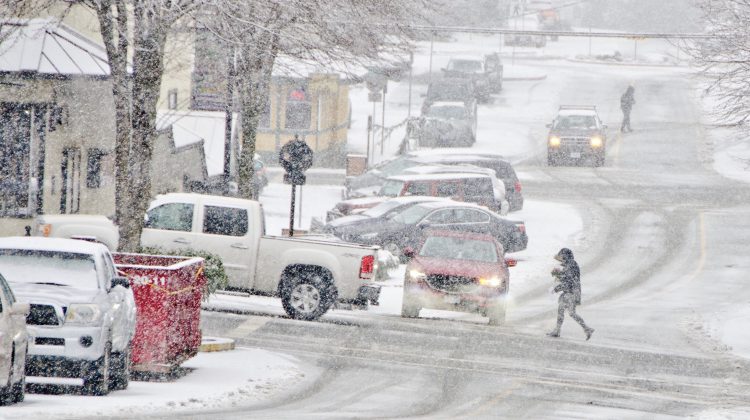 COMOX VALLEY – If you thought you saw an unusual amount of snow dump on the Comox Valley and Campbell River yesterday, you’re right.

The Comox Valley received more snowfall Tuesday and into the overnight hours Wednesday than it does throughout the entire month of January.

Environment Canada meteorologist Carmen Hartt said the Campbell River weather station recorded 16 centimetres of the white stuff over a roughly 16-hour time period, while Comox Valley saw between 13 and 18 centimetres, depending on elevation.

“And a station on Highway 19 kind of in the middle between (the) Comox (Valley) and Campbell River actually recorded 24 centimetres,” Hartt said.

The normal amount of snow for the Comox Valley for the whole month of January is 12 centimetres, according to Hartt.

“It looks like we received a month’s worth of snow for Comox yesterday, in less than a day,” Hartt said.

The average amount of snow in Campbell River for the month of January is 23 centimetres.

An outflow of cold air from the B.C. Interior crossed the Strait of Georgia and “kept pumping cold air over the eastern part of Vancouver Island,” Hartt said.

Rain and above normal temperatures have now settled over the region for the next five to seven days.

Daytime high for this time of year is around six degrees Celsius with overnight lows near freezing. But for the next few days, the daytime highs will be between eight and nine degrees Celsius.

In fact, the temperature will rise a degree or two in the overnight hours on Thursday from today’s daytime high of six degrees Celsius.

“The temperature will rise today and will continue to rise overnight, as we’re getting into this transition into a milder period,” Hartt said.

“The sun usually plays such a big factor in temperature but when you do have a big change in air mass like this, you can see a reverse temperature trend with an overnight low that’s actually higher than the daytime high.”