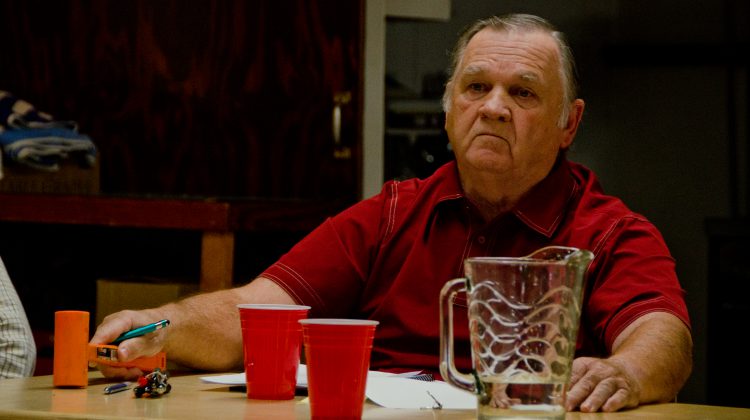 According to an announcement from the Union Bay Improvement District (UBID), which serves as the municipal government for the area around Union Bay, the next public board meeting set for January 17th, 2019, will be closed to the public.

“There is an increasing number of hecklers attending the UBID Public meetings,” read the announcement.

“The public are guests at the Board meetings and are not to participate in any way. There is now several Landowners that feel they can control the meeting by shouting comments from the audience. Our Chair has asked for these comments to stop but there is no respect for the chair or the trustees, and it makes it very difficult for the UBID Board to make business decisions and have discussions regarding agenda items. This behaviour is disrespectful to our trustees and the other landowners in the audience. Our trustees do not have to be subjected to this harassment.”

The announcement asked for questions to be emailed to the district five days in advance of the meeting, which will be summarized, approved by chair Ted Haraldson, and answered by staff at the next public meeting.

“This change was made to make sure questions can be answered with accurate information,” read the announcement.

“The meeting will be taped and put onto the Website.”

“I would prefer to have the public there to participate, but that hasn’t been the case unfortunately,” said Haraldson.

UBID’s public meetings have been chaotic at times.

In November’s meeting, trustee Susanna Kaljur left the board table after a vocal disagreement with the rest of the board, and Haraldson adjourned, then resumed the meeting. At one point, he had threatened to call the police to deal with disruptions.

Asked if the barring of the public was a solution to the disruptions, Haraldson said he didn’t feel comfortable with it, but that it was a necessity at “this particular time”.

“’I’m hoping that it doesn’t last for any length of time,” said Haraldson.

He also stated January’s meeting would be the last one before the UBID annual general meeting (AGM), which he said would be open to the public.

“I wouldn’t have it any other way,” said Haraldson.

There are two more scheduled regular board meetings before the AGM, which is set for April.

As for what happens if there are hecklers at the AGM, Haraldson was vague.

“That’s a concern, but it is what it is,” said Haraldson.

“There’s an election coming up for replacing trustees, and it’s an open public meeting, after that election is done, to announce new people and all the rest. Of course, as I say, it is what it is.”

He also said that there had been consultation with other levels of government for the decision.

“They haven’t got a problem with it,” said Haraldson.

“That is our decision, not their decision. There is bylaws, and so and so on, and the operation of meetings and so on, and different things that can be done. There are many improvement districts that have board meetings that don’t have public attendance at all, period.”

According to the “Active Policies” section of the UBID website, all meetings of the board are public, except where the board passes a resolution to close the meeting, or a portion of it, to the public.

The handbook for trustees listed on the district’s website also touched on meetings.

“The general public will likely be interested to hear about issues affecting the service(s) being managed by the improvement district, and how well their trustees are dealing with those issues,” states the handbook.

“If the trustees allow all meetings to be open to the public, then the public interest can be served. However, there can be circumstances in which the board of trustees believes that it is in the public interest to close a meeting, or portion of a meeting, to persons other than trustees and employees. A meeting that is closed to the discussing issues related to the purchase or sale of land, legal issues, or personnel matters.”

The UBID has moved to hold “executive meetings” in recent months, which are themselves closed to the public. However, all their public meetings are recorded, and placed on their website after the meeting is held.

“This is strictly a board meeting and it will be recorded, and put out on the website as well,” said Haraldson.

An amendment to the district’s meeting’s procedure bylaw in 2017 also states that meetings that are closed to the press/and or public may not be filmed or recorded.

Haraldson indicated there are no plans to live-stream the meetings at the moment.

“This is a board meeting, and as far as the public attending it, that is a privilege,” said Haraldson.

“Because of what I’ve gone through in the last couple of meetings, we have employees that don’t want to come to these board meetings and make their reports. I don’t like that either. They don’t want to be harassed.”

“No doubt about that,” said Haraldson.

“As far as board meetings are concerned, the ones that come are the same ones, and unfortunately, they come there prepared, to turn the meeting upside down. And it’s very unfortunate.”

After mentioning the mandate of the UBID board to get a water treatment plant built, and his view that landowners want to get it finished, Haraldson said that many landowners in Union Bay don’t want to come to the meetings.

“We have a lot of wonderful landowners, and really, I would like to see them all attend, but under the circumstances, with what’s gone on in these meetings, a lot of them will not attend,” said Haraldson.

“And I don’t blame them. There’s a lot of good people that could be trustees, but they’re not going to throw their hat in the ring if they’re going to be abused, period.”

He also believed that residents had a right to question the UBID, in a “civilised manner”.

“When it comes to the board of trustees, and coming to the Union Bay Improvement employees, we have to protect our employees,” said Haraldson.

“When people come out and make false statements, and turn around and harass our employees, now you’re getting into a WorkBC situation, where it’s not good. I won’t stand for harassment or bullying, or I will not stand for a board meeting where the public turns around and gets out of control. Sorry, I won’t do it.”

The barring of the public may revised after April’s AGM.

Reached for comment on the UBID decision, the province’s Ministry of Municipal Affairs and Housing supplied the following statement.

“Improvement District trustees are accountable to their community for conducting their business in an open, transparent and respectful manner,” read the statement.

Trustees can make a decision to close a meeting to the public to manage conduct at meetings. While it is rare, trustees may take such a step to ensure a secure and productive environment for both their staff and the public. Improvement districts are encouraged to establish clear policies and procedures to guide their decision-making, including having processes for receiving public input and reporting on decisions affecting the community. Ministry staff continue to be available to provide Union Bay Improvement District staff with information regarding best practices for the conduct of board meetings.”