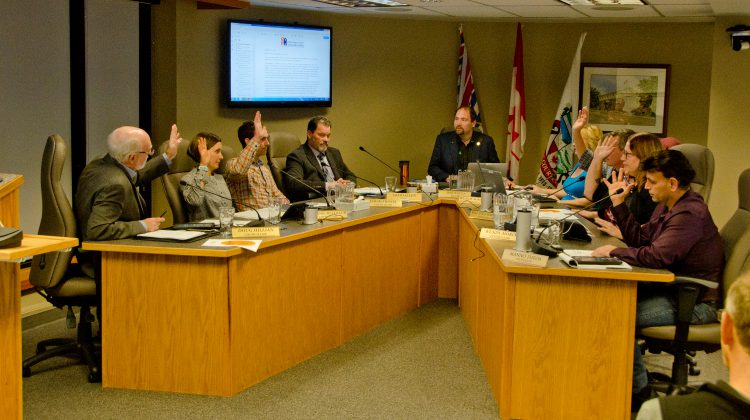 On Monday, a request from the Comox Valley Coalition to End Homelessness was up in front of council for approval.

The organization was looking for a one-time grant of $35,000 to help the coalition increase its co-coordinator position to full-time, with an eye to put together a coordinated response to homeless camps that have been appearing throughout the Comox Valley.

Council was supportive of the move, though initial opposition was led by councillors David Frisch and Manno Theos, who initially preferred to ask other communities and the regional to contribute first before funding the role.

Councillor Doug Hillian was supportive of the role getting funded immediately, along with councillors Wendy Morin, Melanie McCollum, and Will-Cole Hamilton.

It was eventually passed to take the money out of gaming funds, along with an amended motion to ask other communities and the regional district for funds.

Asked about the decision, Mayor Bob Wells said the matter of homeless camps had been a priority for Courtenay council, and one of the main reasons he ran for mayor. He indicated it has been the topic of multiple meetings since the new council was sworn in.

“We want to make sure that this gets dealt with as quickly as possible,” said Wells.

“I think all of council fully supports making sure that this position is funded, and gets done as quickly as possible. It’s literally snowing today (Tuesday), and we want to make sure we’re moving as quickly as possible, while at the same time I’ll be talking to the other municipalities and electoral areas, and encourage them to put funding towards this. It is a regional function, that everybody is supporting. I’m pretty excited that we were able to get that done last night.”

Wells stated that the push to get the position funded came down to a question of time, with immediate funding being more effective than waiting for other municipalities to contribute. The coalition will now be able to post for the job more quickly.

He also stated that the funding was not coming from taxpayer money.

“We are not using taxpayer funds for this function, we’re actually taking money from gaming funds, which really their true intent is to create a positive impact on our community,” said Wells.

“I think this is a really good utilization of that. And I think that we’re going to get great bang for our buck. I’m very positive that the other municipalities and electoral areas will come onboard and support this as well.”