Resident calling on Town of Comox for help following flooding 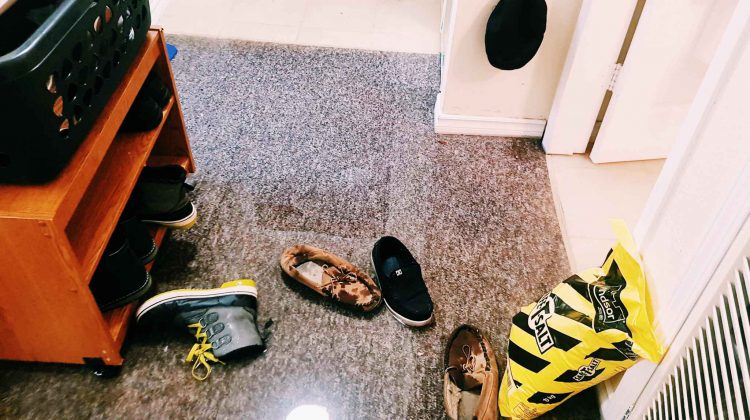 COMOX, B.C. – Some residents in Comox have been displaced from their homes.

A water main break on Aitken Street in Comox on Thursday morning resulted in some serious flooding at the Mariner building.

Resident Tianna Franklin said the flooding impacted residents on the building’s first floor. She noted that she has not heard any updated from the town’s government.

“As far as I’m aware, the Town of Comox has not responded to our building manager’s request for aid,” she said.

“In my apartment, I will be mostly okay. I’m going to have to throw out like 90 per cent of my furniture, but for some of the other tenants, it will be way more pervasive, the damage that they have. It’s mostly been a salvage mission.”

Franklin said most of the residents in the building are low-income, which means many do not have renter’s insurance.

“Most of us were only paying between 600 to 800 dollars a month for a two-bedroom apartment, and there will be nothing comparable in this market,” she said.

Franklin said residents have been told that it will take six to 12 months to fix up the damaged apartments. She explained that asbestos was found in the walls of the building, so “they have to tear everything out”.

“They ‘frustrated’ our tenancy contracts, which means effectively that we have no rights once the building is re-done,” she said.

“The building manager has said that he intends to call us first when the apartments are available, but as far as I’m aware, has no legal responsibility to do that.”

She said that herself, her husband and younger brother are fortunate to be staying with family in the wake of the incident, but there are many others that aren’t as lucky and “have nowhere to go”.

“A good chunk of us are being forced to stay in our apartments, which may or may not be safe at this point, because they have nowhere else to go, they don’t have money for a hotel and without insurance, nothing’s gonna be able to cover that,” Franklin said.

“One resident expressed in our building meeting that they’re on a fixed income, so the option (to relocate) isn’t even available for them.”

17 of the 18 units on the first floor were occupied, and Franklin said as far as she knows, all 17 of those units were and are being evacuated.

Franklin thanked the building’s manager, Chris Murray, for his support to residents during this time.

“Chris has been wonderful and is doing everything in his power to help us. He has just been awesome. He is legally bound by what the insurance and what his bosses will let him do, but he’s (been) fantastic,” she said.