Smoke on the Water hoping to open stand-alone cannabis dispensary 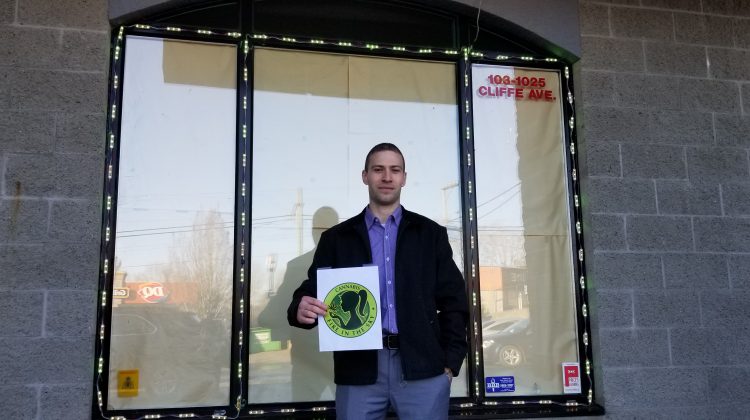 Smoke on the Water's manager Matt Ceron said they're applying to open a dispensary that would be housed in a separate unit beside the Cliffe Avenue business. Photo by Justin Goulet/98.9 The Goat/Vista Radio

Smoke on the Water, located on Cliffe Avenue in Courtenay, is looking to open up a cannabis retail shop in the near future.

Manager Matt Ceron said they’re currently in the process of obtaining a license.

He added that the hope is to open a new business, called Fire in the Sky, and operate it in a unit beside Smoke on the Water’s Courtenay location.

“We’ve been in the process since November. It’s a time-consuming process, we’re just going along with, kind of, whatever (Courtenay) City Hall (decides),” he said.

“We’re just going through some rezoning and making sure that we stay within the 300 metre…you can’t be within 300 metres of any playground, skate park or anything like that.”

He said that Smoke on the Water is where visitors can purchase items like pipes, vaporizers and cigars.

Fire in the Sky would operate as a separate business beside Smoke on the Water. Ceron said they would be two “separate entities”.

Smoke on the Water began operating nine years ago, and has locations in Campbell River and Powell River.

Ceron said the Courtenay location sees roughly 200 to 300 guests per day. That location would be the first one to feature the neighbouring Fire in the Sky business.

He believes that Fire in the Sky will become a business by the end of this year.

“The cannabis industry is a very supportive industry, so we’re not against anybody. We’re all trying to work together,” he said.

Currently, Smoke on the Water has a conditional approval from the provincial government to move forward with the application process.

“For us, it’s not a competition, it comes down to helping people with their recreational cannabis…and a lot of people use this for their medicine,” he said.

“To be honest, it should be out already, like why aren’t there locations available?”

Ceron said he’s also hoping to see the stigma about cannabis use disappear.

“(Cannabis) makes you relax, this makes you calm. If you’re using it in a form where you get the full spectrum of the plant…it’s a great anti-inflammatory, it’s great for sleeping, for appetite, with none of the side effects that ‘big pharma’ puts out there. It is a plant, and I’ve been using it for 20 years and it’s changed my life,” he said.

He said Courtenay council has been very supportive throughout the process.

“They’re great over there, we had a meeting there this morning (Monday). We got a lot of great information, and it looks like we fall within all the regulations,” he said.

Ceron noted that everyone who wishes to work at Fire in the Sky will have to go through a three-month process of working in the smoke shop first.

He said that the space that would house Fire in the Sky is all cleared out, and all they need before moving forward is license approval.

When talking about the atmosphere at Smoke on the Water, he said that he wanted visitors to feel like they have been transported out of the Comox Valley.

He’s hoping Fire in the Sky will have the same effect.

Ceron said there has been a couple of public meetings already, and community support has been strong.

He said there would be another public meeting within the next few weeks.