Mariner tenants possibly out for a year: Comox mayor 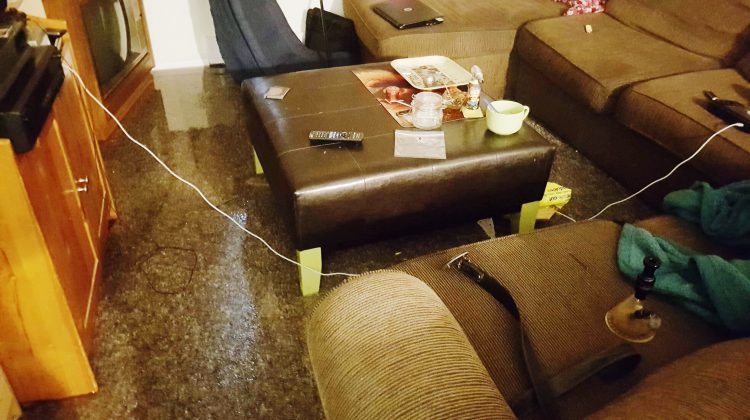 COMOX, B.C. – Flooded out Mariner Apartments tenants could be out of their units for as long as year, according to Town of Comox Mayor Russ Arnott.

“Belfor Restoration, which is on site, they have told me that this could be quite lengthy,” Arnott said.

“It could be six months (or) it could be a year that the units will be off line.”

On Jan. 10, tenants were forced to leave their homes after a water main had burst on Aitken Street, resulting in major damage in the units on the apartment’s first floor.

“That’s unfortunate,” Arnott said. “Folks may want to look into that to see what their rights are.”

The Town is doing what it can to help the people impacted by the flood, according to Arnott.

“We’ve certainly been helping them with getting connected with different social services around (Comox),” he said. “Whether it’s the Salvation Army, the Red Cross… I’ve been there personally numerous times since it started, helping to talk with folks, leaving them my number.”

Arnott said the Town’s is seeing what it can do, insurance-wise, to help but he said there “was no negligence on the Town’s part.”

“This was a water main break,” the mayor said. “Unfortunately, these things happen. It just so happened to run down the road, quite a ways, into the first floor of the Mariner Apartment where it did flood it.”

In the beginning, Arnott said the Town was under the impression that the building’s owner was helping look for alternate accommodations for displaced tenants.

“But then we understand that they did not provide that, so that’s when we engaged with the different services around town to see where people can be put up into whether it be shelters, or connecting with other housing places (such as) apartments and what not,” Arnott said.

Arnott reiterated that there was no neglect on the part of the Town. “We’re there for them, offering the services that the Valley is very well known for, so we’re trying to connect them with who it is that they need to connect with.”

A GoFundMe page was started on Saturday to help those displaced from their homes.

“17 apartments on the first floor were wrecked. Since it was neither the landlord nor the tenants fault, our contracts were considered frustrated and our leases ended immediately,” read the description on the fundraising page.

“Only one of the 17 apartments had tenant insurance and the vast majority of residents are low income/seniors.”

“The money will be shared equally amongst us. It won’t even begin to cover all of our expenses but it will help soften the blow,” according to the page.

As of Tuesday afternoon, the page has generated $1,425 in donations.

On Monday, tenants packed a room at the Comox Valley Rec Centre for a meeting regarding the flood and next steps for affected renters.

The MyComoxValleyNow.com newsroom has reached out the building’s landlord owner for comment.