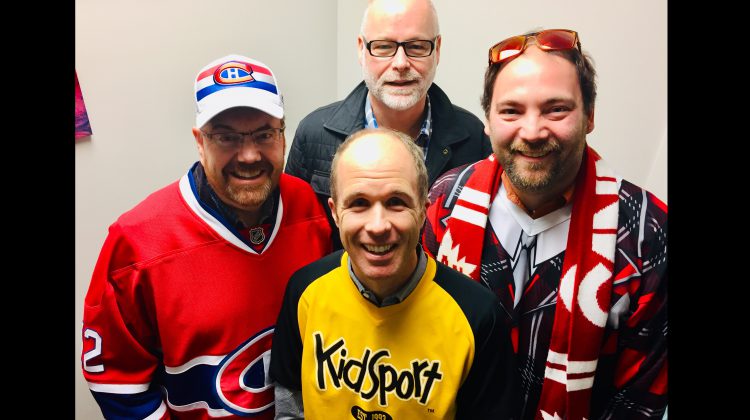 COURTENAY, B.C. – The Canucks are coming.

Well, the Vancouver Canucks alumni, that is.

A team of former Canucks, including centre Thomas Gradin, one of the most talented players to ever pull on a Vancouver jersey, will be in the Comox Valley Friday night for the ninth annual Mayor’s Cup.

The game pits the Vancouver Canucks alumni against a Comox Valley team made up of local businessmen, including former Comox Mayor Paul Ives.

Seniors are admitted for free.

Tickets are also available for pre-purchase (cash only) at Happy’s Source for Sports, the Courtenay Chevron at 600 Ryan Road, and the Comox Chevron at 701 Anderton Road.

Anyone interested in pre-purchasing tickets can also email [email protected]

All proceeds from the game go to KidSport, which pays for the registration fees of sport programs for those children whose participation is limited by financial barriers.

Event co-coordinator Ryan Williams said bringing the Canucks Alumni to the valley is a way of “bringing in a little extra star power to spruce up the game a little bit.”

“It helps with marketing, helps with sponsors, so we’re already on the plus side doing our costs and expenses,” Williams said.

Gradin will be joined (tentatively) by former Canuck forwards Chris Higgins and Moe Lemay, among other alumni.

One of the guest coaches is Jackson Davies, best known for his role as RCMP Constable John Constable in the Canadian TV series, the Beachcombers.

On the host side, Ives has been involved with the Mayor’s Cup since its inception.

“For most of the years, we all play each other, Courtenay (versus) Comox, and we all pay some money towards that privilege,” Ives said. “For the last six years, we’ve (supported) KidSport. Three years ago, we had the Montreal Canadiens Alumni and that was a big thrill and a bigger crowd. We’re expecting an even bigger crowd for the Canucks Alumni with some of those names out there.”

Ives said he likes to say he plays right wing, “but I kind of wander around the ice and try not to get in the way.”

“We have 25 of us playing,” Ives said. “There will be lots of guys on the bench. We’ll keep our shifts short and hopefully we’ll all survive and maybe pot a goal or two.”

Current mayors Bob Wells (Courtenay) and Russ Arnott (Comox) won’t be playing but will be lending their support.

“We’re there to provide motivation and keep the puck moving,” Wells said. “At the end of the day, this is one of those great things, keeping the kids active. KidSport charity is awesome. All the people who stepped up to provide sponsorship. It’s just a great event.”

More information is at www.KidSport.ca/ComoxValley.