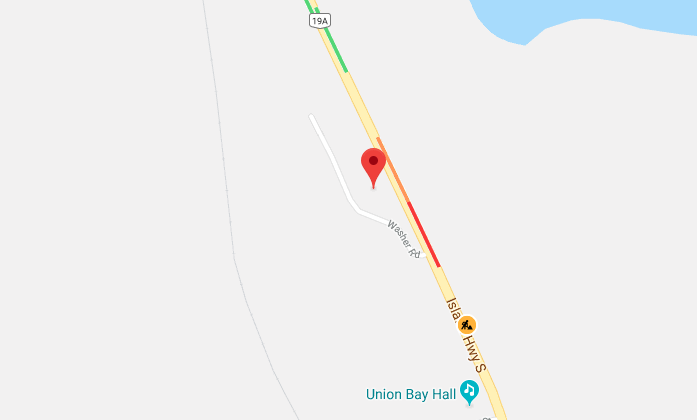 UNION BAY, B.C. – One person is dead following a vehicle collision along Highway 19A Sunday afternoon.

The crash happened at around 12:50 p.m. between Washer Road and Beaufort Road in Union Bay. The collision resulted in the closure of the northbound lane in that area.

According to a report by the Comox Valley Record, the victim’s car left the southbound lane into the path of a pickup truck headed north.

The driver of the car involved was an elderly man, and was pronounced deceased at the scene, according to the Record.

The driver and passenger in the truck were taken to hospital with non life-threatening injuries.

The northbound lane of Highway 19A in that area has since been reopened.

The name and age of the victim have not been released.