No assistance needed for eagles after nesting tree cut down: province 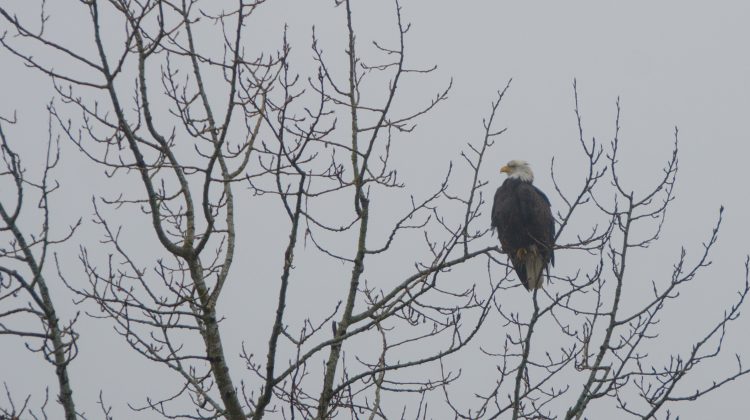 An eagle is pictured at the Courtenay Airpark on January 16th, 2019. Photo by James Wood/98.9 The Goat/Vista Radio

COMOX, B.C- Eagles without a nesting tree in Comox will likely find a new home.

The tree, located along the edge of 1836 Guthrie Road in Comox, was cut down last week.

According to the Ministry of Forests, Lands, Natural Resource Operations and Rural Development, the tree was known to be unhealthy. Ministry staff inspected the tree, and found it had died.

“An eagle’s nest was also in the tree,” read a statement from the ministry.

“The tree was located near a public road, creating a safety hazard. Public safety is government’s primary concern; as a result, a permit was issued to remove the tree.”

The tree’s removal was timed to ensure it didn’t interfere with the eagle breeding season, which the ministry stated begins in late January.

The MyComoxValleyNow.com newsroom reached out to the ministry about possible plans to help re-locate eagles who try to return to the tree.

According to the ministry, eagles go through courtships each year that involve the building or improvement of nests, which can lead to very large nests over time.

“Typically a pair of eagles hold a territory with a potential alternative nest,” read a ministry statement.

The birds that used the site are expected to look for a new tree near the old one.

“No ‘assistance’ is required,” read the statement. 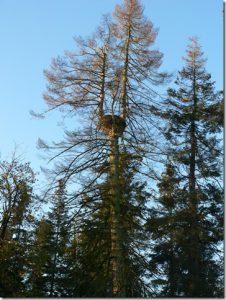 A photo of the tree, submitted by the ministry.