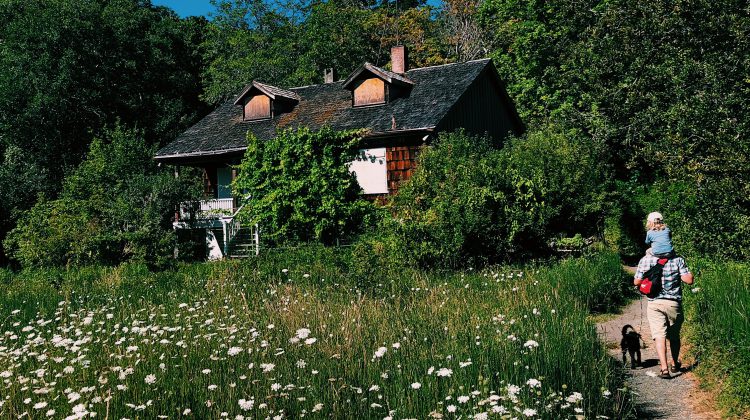 COMOX, B.C. – The countdown is on to the Town of Comox’s decision on the fate of the Mack Laing Trust.

Back on Nov. 21, Comox Town Council voted to defer any decision regarding the modification of the Trust until Feb. 6.

This will allow time for council members to fully consider all of the previous background information related to the application to modify the trust, as well as the “Realistic Business Plan For Shakesides Nature House.”

According to a report from the Town’s CAO Richard Kanigan, the Mack Laing Heritage Society (MLHS) has objected to the Town’s proposal. The society wants the town to fulfill the original terms of the Trust.

In a letter, the MLHS said “the new Comox council will make a decision on February 6th of whether the Town will finally honour the agreement it made with Hamilton Mack Laing, or continue to try to tear down the house he left to them in trust.”

Laing was a world-renowned naturalist who gave his house and eight acres of property in trust to Comox in 1973.

According to the MLHS, Laing left all of his money to Comox in a charitable purpose trust, “with the intention that Comox would make his house into a ‘natural history museum.’”

The Society said the town petitioned the Supreme Court of BC to vary the terms of the public trust established by Laing, specifically, to tear down “Shakesides,” Laing’s home.

“Instead of honouring the agreement and making the house into a natural history museum, Comox rented the house privately for 32 years and deposited the net proceeds into General Revenue. The Attorney General for BC is a party in the role as ‘protector of trusts,’” the letter noted.

“MLHS applied to be a party, and on Oct. 16, 2018, instead requested, and were granted, intervenor status. MLHS… was formed to fight for the realization of Hamilton Mack Laing’s last wishes.”

Option One – That after Council’s review of the attached materials and the document entitled  “A Realistic Business Plan for Shakesides Nature House” as submitted by Gorden Olsen, resolves to move forward with the application to modify the trust.

Option Two – That council extend an invitation to representatives of the MLHS to attend council’s regular meeting on Dec. 12 and present to council more information regarding the “Realistic Business Plan for Shakesides Nature House.”

Option Three – That Council defer any decision regarding the modification of the trust until Jan. 16 (changed to Feb. 6). This will allow time for council members to fully consider all of the previous background information related to the application to modify the trust, as well as the “Realistic Business Plan For Shakesides Nature House.”

Option Four – That Council suspend further action on the application to modify the Mack Laing Trust.

Currently, the Town of Comox is seeking a variance to the terms of this trust to allow for the funds to be spent on the construction and maintenance of a new viewing platform at the site of Shakesides, the current home on the property.

“In gifting his property to the Town of Comox, Mack Laing intended it to be used for public enjoyment, namely recreation and conservation,” Kanigan said.

“Council and staff respect that intent and are proposing a practical and feasible project, one that honours the spirit of Mr. Laing’s wishes.”

Society member Jim Boulter said the MLHS is asking the Town to start the process of declaring Shakesides a heritage building.

“The reason we’re doing that is, if the house is declared a heritage building, it makes it a lot easier to get grants from organizations like the National Trust For Canada or Heritage BC… those kinds of things,” Boulter said.

He added, “The terms of the will (was) the residual money left in Laing’s estate which we calculated out to be about $53,000 in 1982, (should) go to the conversion and operation of his house as a natural history museum.”

Comox mayor Russ Arnott told the MyComoxValleyNow.com newsroom that he will not comment on the matter, other than to say that council will make its decision on the Trust on Feb. 6.

Informational materials about the park – including future updates – will be hosted on the Mack Laing Nature Park’s webpage.