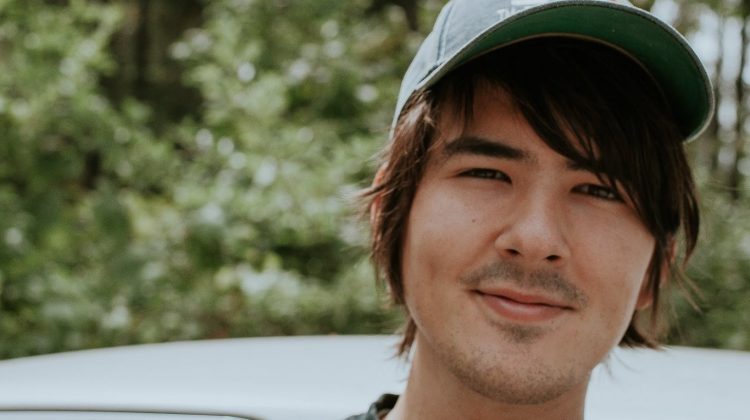 Ritchie Hemphill is an Indigenous animator who won a grant from STORYHIVE to produce a short film. Photo sourced from Ritchie Hemphill's Facebook profile.

PORT HARDY, B.C. – Ritchie Hemphill said the process was daunting, but well worth it.

Hemphill is an animator hailing from Tsulquate, a reserve adjacent to Port Hardy. His team is among the 30 recipients of a grant funding through STORYHIVE’s Indigenous Storyteller Edition.

Hemphill said he’d done many passion projects before applying for a STORYHIVE grant, which was why the process was nerve-wracking.

“We’re very diligent in our practice and we work really hard. We kind of just went at it, trying not to be fearful and just doing the best we could,” Hemphill said.

“It was actually quite a long process. It took us a few weeks to cobble together everything. They wanted a poster, so we made a mockup poster for the film. And they wanted a script written and a lot of other details.”

Hemphill said he and his co-animator Ryan Hache have been working on stop motion film projects for four years, and that they’ve always had a vision to animate the legend of Dzunuḵ̓wa.

“I’ve even had visions of doing this (the legend of Dzunuḵ̓wa) when I was 12. I interviewed my grandma telling that story in our traditional language with the idea that maybe it will be useful in the future for bigger projects,” he added.

Traditionally, the legend of Dzunuḵ̓wa has served as a warning for children not to run off too far from their parents or their homes. According to Hemphill, Dzunuḵ̓wa is a mythological goddess over ten feet tall who lives in the woods.

Legend has it that she takes children who stray too far from home, puts them in her basket, and eats them up.

Hemphill’s film will add a bit more to the story, but he said he still has to consult with his elders to see how much creative leeway he and Hache have.

They plan to have the film narrated in Nakwala, the traditional language of the ‘Nakwaxda’xw people with English subtitles. Hemphill said he hopes to use the film for language revitalization.

“The more we can do to revitalize the language – we want to do that. We’ll see what will happen, see if we can do more.”

He said they aim to have the film finished by mid-July.