Cold weather to stick around this week 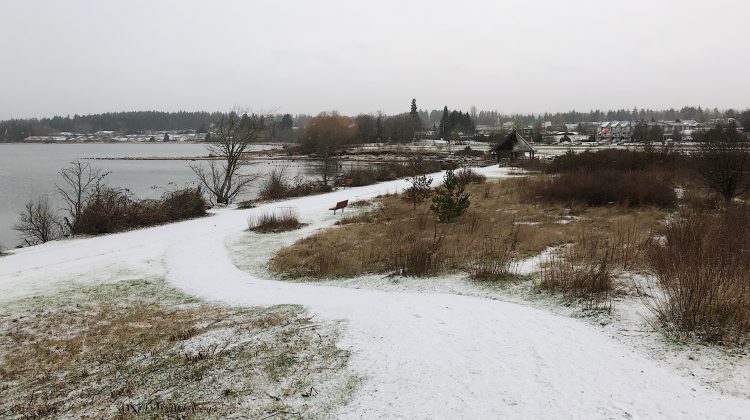 The snowfall at the Courtenay Airpark is pictured on the morning of February 3rd, 2019. Photo by James Wood/98.9 The Goat/Vista Radio

That’s according to Carmen Hartt, a meteorologist with Environment Canada. While she said that the flurries from Sunday have moved off and the sun is shining, she also said that temperatures will remain below normal for most of this week.

Today will be the coldest day, and highs are expected to get back into the low single digits by Wednesday.

Between one to five centimetres of snow fell across Vancouver Island and the Sunshine Coast yesterday, and more flurries are forecast off and on throughout the week.

The weather service is also watching another system that’s moving our way, but no major accumulations of snow are expected at this point.

It’s expected to arrive on Thursday and north to south along the south coast.
“That’s the one we’re keeping our eye on, to see if we’re going to have to have any snowfall warnings,” said Hartt.

“At this point, it looks like a couple of light flurries, so maybe a couple centimetres or maybe nothing, but just the way these systems evolve, we would be surprised, there could be something with it, so keep your eye on that one.”

Significant weather updates will be reported on as they are announced.