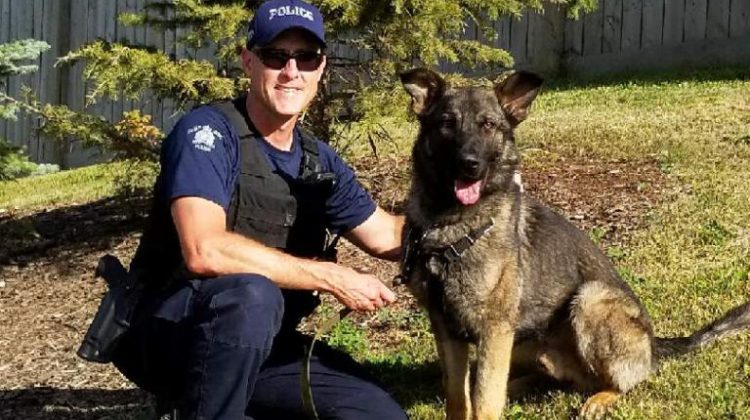 During the early evening of Jan. 24, Comox Valley RCMP received a call that a woman had gone out for a hike with her dog and was lost in the Trent River Trail System.

The investigating officer requested the Police Service Dog Team attend to assist in locating the woman.

The Police Service Dog team had hiked in roughly three kilometres when Hammer began to indicate that they were on a fresh track.

The team continued on for another ten minutes and the woman was located in good health just off the trail in the bush.

Comox Valley Search and Rescue members helped the woman and her dog out of the bush and back onto the trail.

Comox Valley RCMP would like to remind everyone to always be prepared with proper equipment when enjoying the outdoors.

The man, who is well known to police, was seen entering a residence contrary to his probation conditions.

Officers approached the home and with permission from the owner began to look inside for the man. He was not immediately located.

Further investigation revealed that he was hiding in the crawl space and refusing to come out.

The RCMP Police Dog Services was asked to attend and assist.

The local RCMP dog handler along with Hammer arrived and made their way into the crawl space where the man was still refusing to surrender.

Given the risk to the resident, the police officers, and the confined space, Hammer was sent into the crawlspace.

Hammer quickly located the man who was subsequently taken into custody.

Thirty-eight-year-old Justin Hedican has been charged with breaching his probation.

A vehicle had struck debris that was strewn across the driving lane.

Information was received by RCMP from the Highways Maintenance Crew that more debris was found in the same area across both the northbound and southbound lanes. Maintenance crews reported having seen a person acting suspiciously in the area.

As officers were investigating the first collision, they came upon two more vehicles that had also sustained extensive damage from hitting the debris.

Comox Valley Police Dog Services responded to the area to assist with the unfolding investigation.

Hammer led his handler along the highway and into a wooded area where a suspect was located and subsequently taken into custody.

“We are very fortunate that no one was injured as a result of these actions,” said Inspector Mike Kurvers.

“We would ask that if the public notices debris or hazards on any roadway that they call the RCMP right away.”

A 35-year-old Courtenay man was released with a pending court date. At the culmination of the investigation, police will submit a report to the BC Prosecution Service for consideration of a mischief charge.