Mount Washington traffic at a standstill 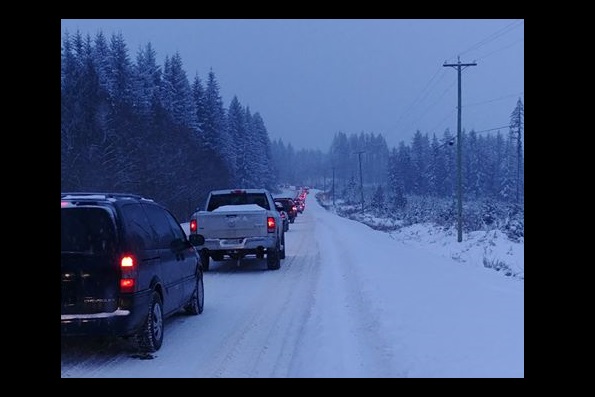 UPDATE: Traffic along the route has now gotten moving again.

Motorist Diane Baker Jensen has been stuck at the first chain-up area along the route for the last hour, travelling down from the mountain’s Deer Lodge to the chain-up.

Very few vehicles had been heading up the road, but a tow truck had gotten on the scene within the last 15 minutes.

It is unknown what is causing the blockage, with no update posted on DriveBC beyond the current conditions of heavy snowfall and limited visibility.

A number of vehicles in the ditch have also been reported in the area around Cumberland’s southbound Highway 19 off-ramp. Drivers should prepare and adjust for the weather, and stay off the roads if they don’t need to travel.